After a hiatus of more than a year, HERO staged its first international rally, the Classic Marathon, a six-day adventure that covered a 2200km route through north-west Spain and Portugal. With changing legislation in various countries right up to the eve of the event, it took no small effort for crews and organisers to get to the start line in La Caldas in the hills above Oviedo in Spain. Nonetheless, 29 crews took the start, many from the UK where restrictions were greatest. For cars up to 1985, there were a number of pre-war cars, and cars of the ‘50s on the entry list, with the latest cars being the VW Golf GTi of Paul Bloxidge and Ian Canavan, and even an MG Maestro! 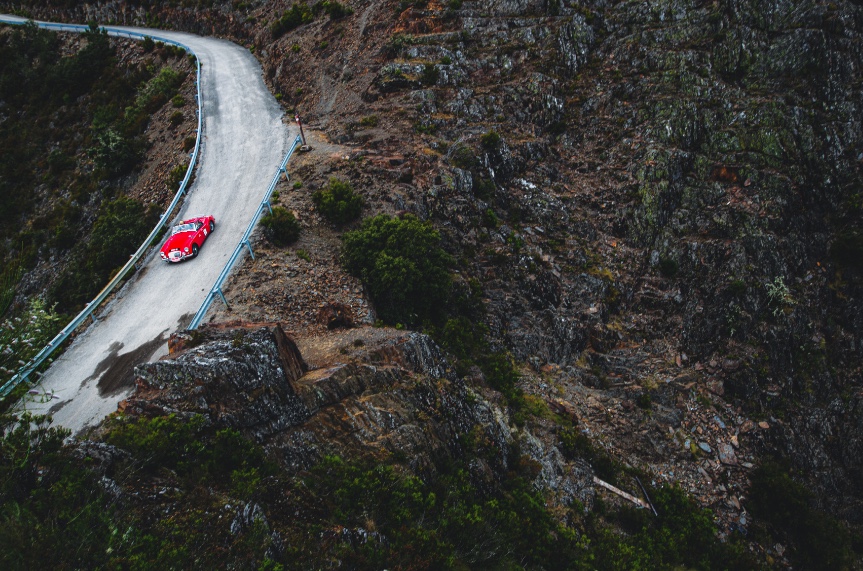 The last Classic Marathon was in Greece in 2018, and its winner, and rally favourite, Paul Crosby, led the field away in his trademark green Porsche 911, with Andy Pullan in the map seat. Perhaps it was the fact that the cars have had little recent exercise, but mechanical problems began to plague the field right from the start. Bill Cleyndert suffered wheel bearing problems in his Model A Ford Special, as did Crosby in his Porsche, dropping him down the rankings. It was Marcus Anderson and Matthew Lymn Rose who took command in the Jaguar E-type and led until the half-way point, which was marked by a section across the infamous Portal do Inferno, or the Gateway to Hell. This road runs along a high ridge that splits the Aviero and Viseu Districts of Portugal and cuts a slender path at an altitude of some 900 metres, with abrupt drops either side - not a place for those with a fear of heights! Another highlight was the chance to tackle the Caramello Hill Climb under closed road conditions – twice. 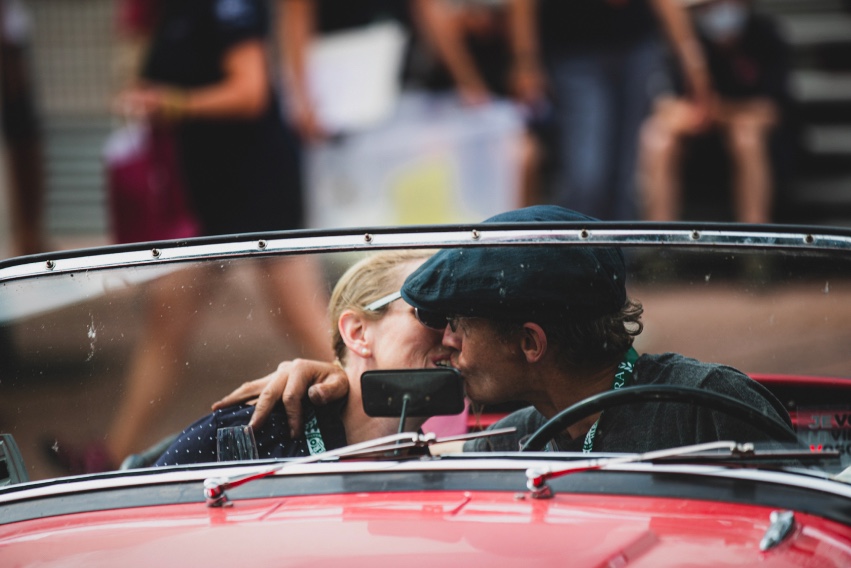 Everyone is a winner: Just finishing the marathon event was a reason to celebrate - Alexander and Joanna Geigy at the finish line in their Triumph TR 3A

There was drama too on the final day. The rally fastidiously followed the sanitary procedures and protocols in vigour and as such all the competitors and personnel on the event had taken a PCR test within the time frame needed for return travel to home countries. Four tests returned positive results and those affected, as well as those sharing vehicles with them, were immediately asked to remove themselves from the rally, and isolate awaiting a second test. 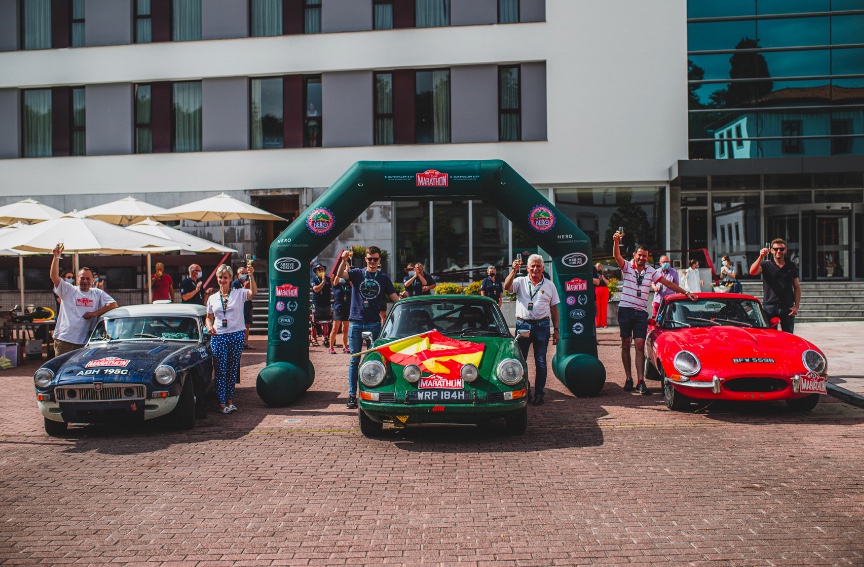 With two regularities remaining on the last day, the fight was close at the top between Mark and Sue Godfrey in an MG B and the Crosby/Pullen Porsche, back up the order after their day 1 problems. In the end it was a mistake from the Godfreys that settled it, giving Godfrey and Pulled a mere 10-second advantage at the finish.

For a full report see our September 2021 issue