The 36th Historic Sanremo Rally opened both the Italian and FIA Historic Rally Championship seasons on 7-8 April.  Back on the FIA calendar after a five-year absence, some 75 crews, of which over 20 were contesting the FIA Championship, were at the start line, including three past winners and six of 2019’s top ten finishers.  These included defending FIA Champions and 2019 Sanremo winners ‘Lucky’ and Fabrizia Pons, in their Lancia HF Integrale, and arch-rival Lucio Da Zanche co-driven by Daniele De Luis in a Porsche 911 SC RS with the number 2 on its doors.  This crew has won three Sanremo Storicos (2011, 2012 and 2018) and put in a further six podium appearances in 17 participations.  Another FIA Championship regular, ‘Zippo’ Zivian, driving an Audi Quattro co-driven by Denis Piceno was on the hunt for some early-season points.  In all, the entry list included teams from 13 different nations. 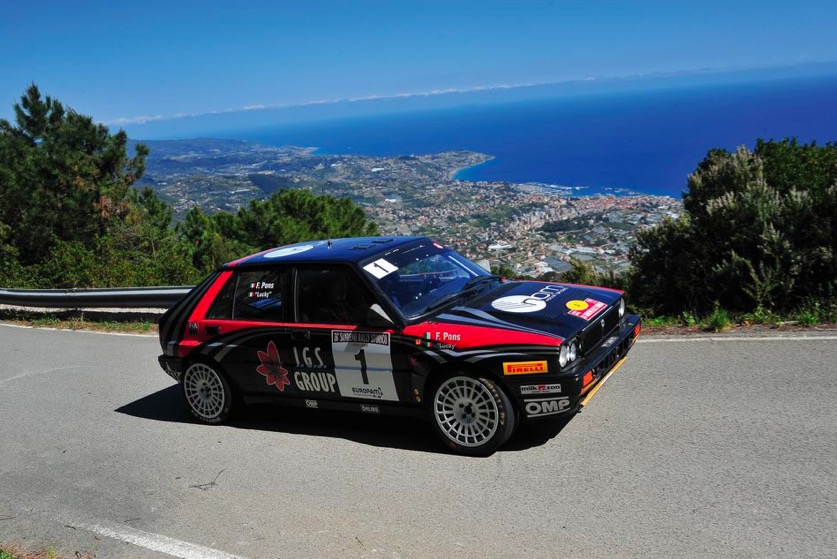 2019 winners, and FIA Championship title holders ‘Lucky’ and Fabrizia Pons were sidelined by “a small accident” on day 2.  Photos ©Fotomagnano

In the end, the event was dominated by Lucio Da Zanche, winning 10 of the 14 special stages for the overall and the FIA victory. Some pressure was off when the Lancia of ‘Lucky’ and Pons retired on the opening stage of day 2, after what was described as a ‘small accident’, in a field that saw over 20 retirements.