Madness in the Desert Dakar Classic

A new challenge for historic rally drivers was the Dakar Classic, a regularity event in the Saudi desert for cars up to the year 2000.  Run in parallel with the madness that is the modern Dakar, which took place from 3-16 January, a reconnaissance team led by historic rally specialist Yves Loubet and 1980s co-driver Alain Lopes traced a route comprising 12 stages running alongside those of the modern vehicles, but shorter in length - 200 to 300kms per day compared to 600 and more for the moderns.  Adapting the difficulties to avoid breakage and overheating, the route saw only one retirement when the Spanish team of Carlos Vento and Juan Carlos Ramirez retired their Mercedes G320 on stage ten.  The cars shared the bivouacs and started in amongst the modern rally stars each day.  A new route saw the start and finish in Jeddah. 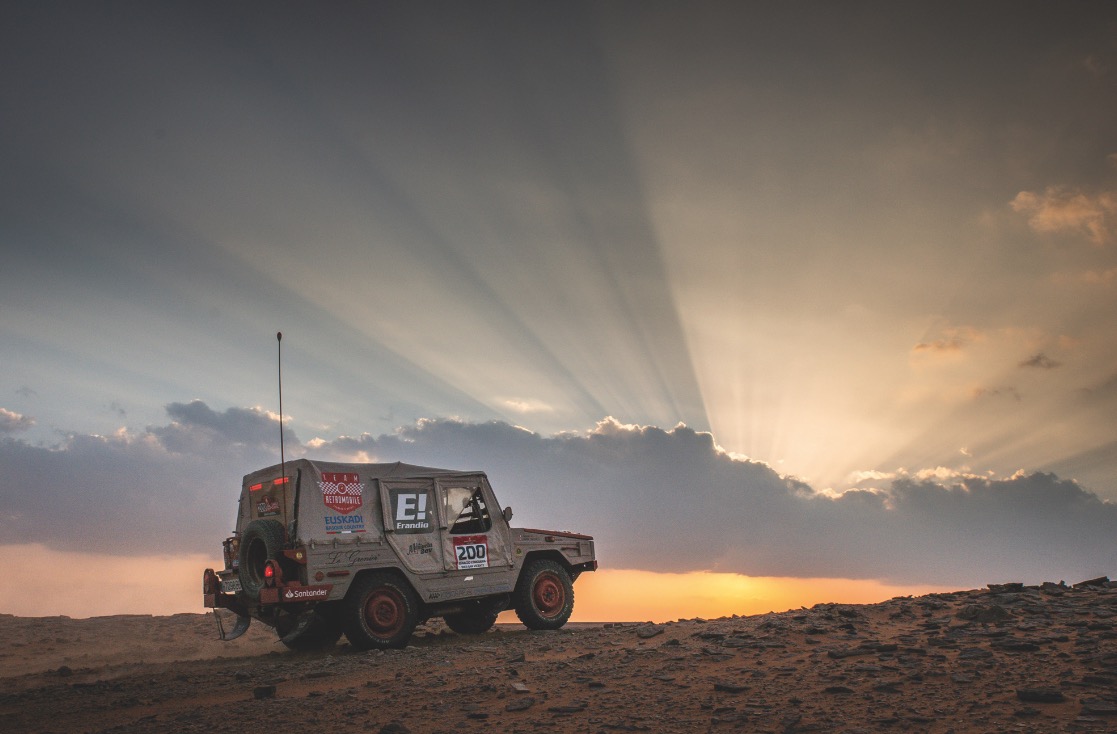 Ignacio Corcuera, co-driven by Iker San Vincente drove a Volksvagen Il s, iden cal to the vehicle that won the 1980 Dakar in the Cars category. Corcuera has raced the African Dakar three  mes, alone and without assistance. He also contested the Rally of the Pharaohs and went from Bilbao to Dakar in 112 hours in 2013 amongst his many other driving feats.  Photos Gustavo Epifanio

Like the rest of the world, protective measures against the COVID virus were in place and more than 2,400 PCR tests were completed to form the “Dakar bubble” in which the rally caravan operated for nearly two weeks.

Amongst the more 300 vehicles in different two and four-wheel categories at the start were some 25 classics, including the Porsche 911 SC tribute to René Metge’s 1984 Dakar winner, driven by American Amy Lerner and co-piloted by novice Belgian navigator Sara Carmen Bossaert, the pair finishing in 15th place.  Two Sunhill buggies like those that tackled the Dakar in the ‘80s were running, and it was the French team of Marc Douton and Emilien Etienne, driving a Nantes Prestige Auto-prepared example, that won the classic category. 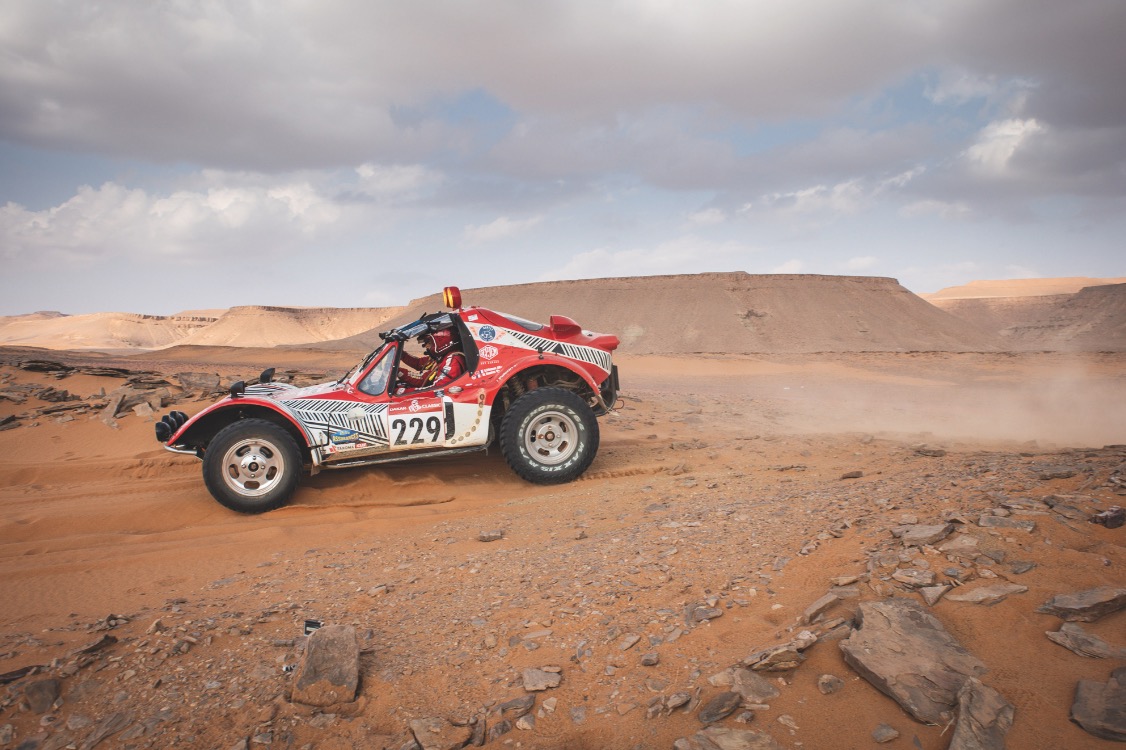 Classic category winners Marc Douton and Emilien E enne in the Team Sunhill Buggy, a lightweight machine, well- adapted to desert condi ons. On the  rst Dakar in 1978, an example of this avant-garde machine was present at the start, piloted by its preparer Yves Sunhill

Amongst other vehicles were a VW Baja, a Nissan Patrol, and even a Mercedes Unimog and a Renault truck with mechanic on board for assistance, which finished third overall. 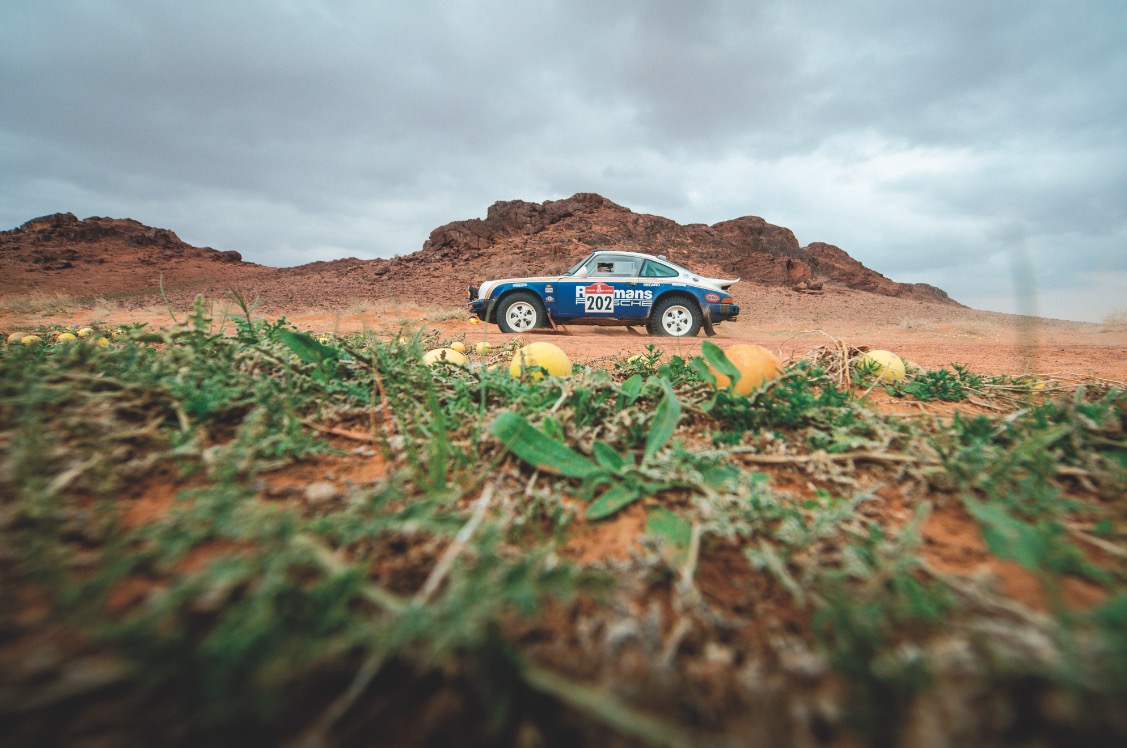