On the Saturday night of the Velodromloppet (see page 50), RHK held its award ceremony for last season’s winners, with over a hundred prizes awarded for all the classes.  Johan Lund, as last year’s RHK Champion received the biggest trophy.  RHK also took the opportunity to award its special prizes.   The Ronnie Peterson statue went to Patrik Åström, who “with the stubbornness of a fool” managed to get to last year’s Velodrome race in the autumn against all odds.  Torsten’s Memorial went to Tobias Svanberg for his positive fight in the 1000cc Cup.  The Presidents’ Trophy was awarded to Anders Dahlgren for his positivity and many years of hard work behind-the-scenes. 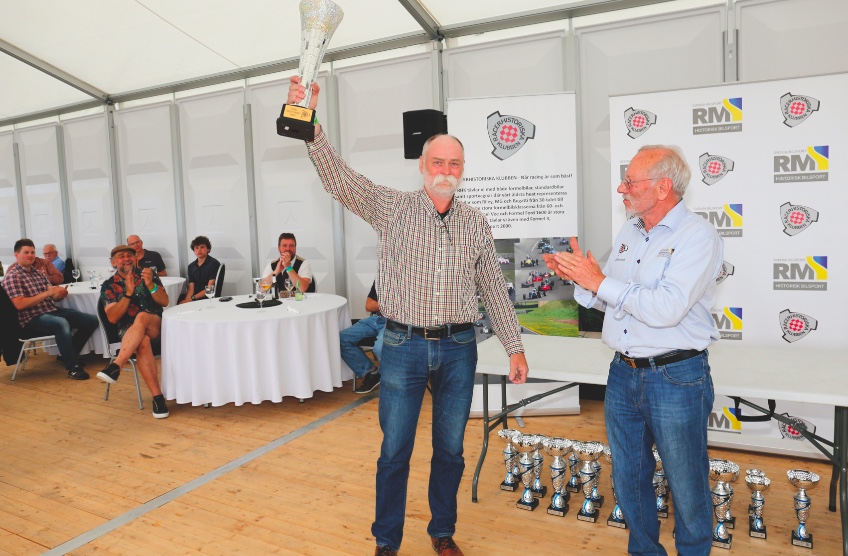