Grouwels and Newall at Assen

The Dutch NK HTGT pre-‘66 championship made its yearly trip to the Assen TT track for the Gamma Racing Day event on August 16 in very changeable weather conditions.  A dry Saturday afternoon quickly became a very wet one just seconds before the start of race 1 much to the delight of the drivers of the nimble Lotus Elans, Alexander Schlüchter’s making a super start when the lights turned green.  But it was Roger Grouwels who powered past in the beefy Iso Rivolta 300, despite a misted-up windscreen.  Fending off the attacks of Martin Bijleveld in his powerful Ford Falcon, Grouwels went on to take a well-deserved win.  Third overall fell to guest driver Simon Gras, who took like a duck to water in the downpour in a Morris Cooper S. 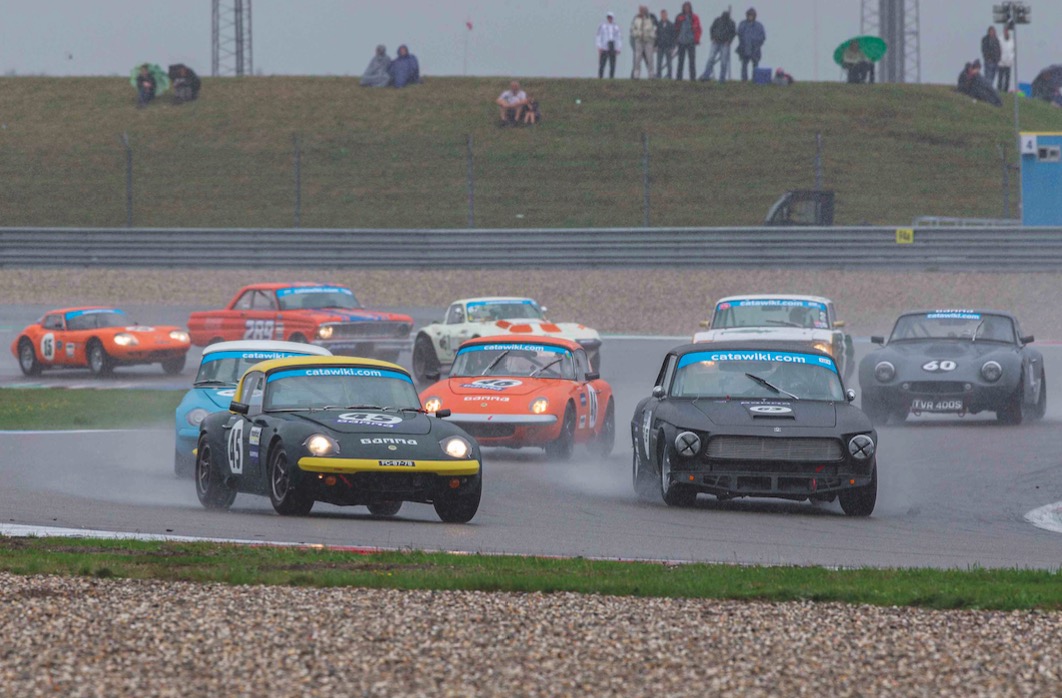 In race 2, Grouwels led from pole, only to run wide towards the end of the first lap.  By this time Andy Newall, up from a row eight start, had already come through the field and took the lead in Rhea Sautter’s  Jaguar E-type.  Bob Stevens, potentially the fastest man on the track, had started even further back and had moved up to fifth before his Lotus Elan lost power and caused his retirement.  Schlüchter meanwhile held second from Grouwels and Jos Stevens in another Elan. These three closed right up at the end of the race, with Grouwels tempting the seemingly impossible and trying to outbrake Schlüchter’s light little Elan, then spinning off in the complex and handing the final podium spot to Jos Stevens.  Erwin van Lieshout took two class wins in his Porsche 911 and held a six-point lead in the championship standings over Roger Grouwels ahead of the Zandvoort rounds, with third shared by Ford Falcon drivers Norbert Gross and Martin Bijleveld/Jaap van der Ende.