The boys and girls of the Dutch Championship series NKHTGT have been busy, with races at Zolder on 17-18 July and at Assen, on 6-8 August.  Sadly, the Zolder meeting was cut short by an incident involving Jaguar driver Roland Zoomers, who hit the tyre wall hard and had to be taken to hospital.  It later became known that the accident was the result of heart failure at the wheel.  Zoomers is OK and recovering at home, grateful that it happened at the circuit, where quick intervention by trained medical staff, “undoubtedly saved my life.” 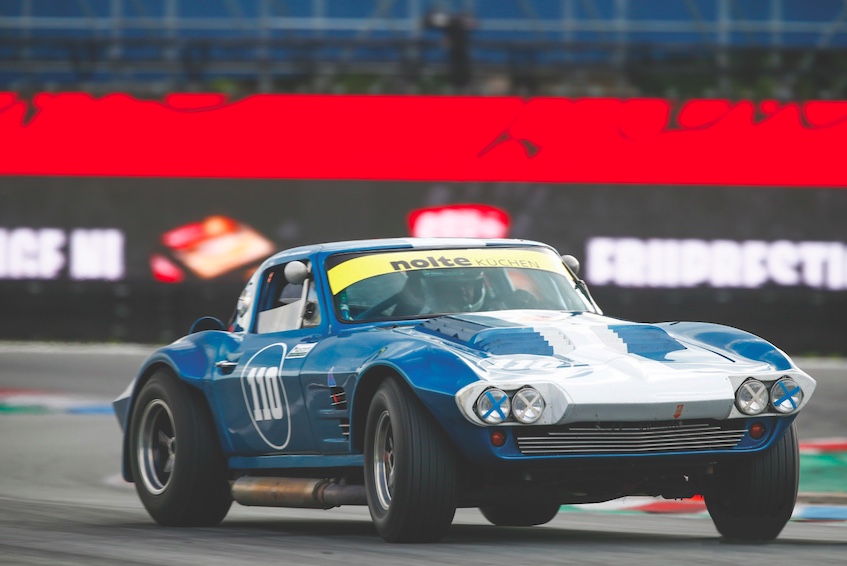 The drivers, who were 20 minutes into the first of two races and did not know what state their fellow competitor was in, decided to cut the weekend short and go home after the incident.

By the time they got to Assen on 6-8 August, supporting the Jack’s Racing Day event, they had heard from their friend and knew that he was making a full recovery, and it was business as usual for the Dutch racers, whose on-track battles were as spirited as ever.

Belgian Lotus driver Luc de Cock bagged pole in a ridiculous qualifying session that lasted only three minutes due to a torrential rain shower that rendered the circuit undrivable.  Regular front-runner, Michiel Campagne had to start in 16th place and used the abundant horsepower of his Corvette Grand Sport to take the lead within a few laps.  Martin Bijleveld steered his Ford Falcon to a strong second place after a rocket start.  Rhea Sautter held off two Triumphs and took the final podium spot with her Jaguar E-type.   De Cock held on to fourth.  In GTS11, Erwin van Lieshout (Porsche 911) was well ahead initially but didn’t make it to the finish.  Niek van Gils (MGA), who had outsmarted Theo van Gammeren (Porsche 911) halfway through the race took the class.  René De Vries was on course to win CT07, until he made contact with the E-type of Ed van Dijk.  Bert Mets (Cooper S) took advantage and won the class. 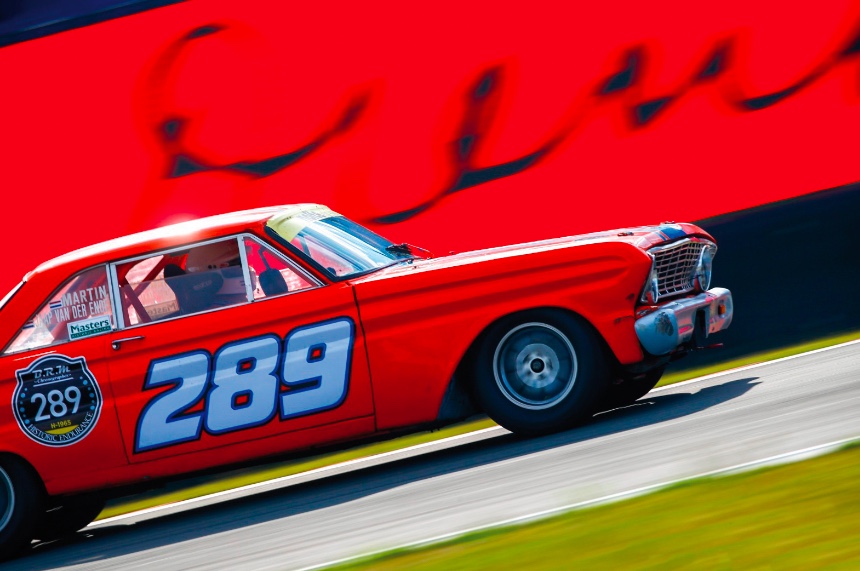 On Sunday, Campagne made it two out of two after a challenge from Andy Newall in the Sautter E-type ended in a big cloud of smoke in the Jag’s engine bay.  Jaap van der Ende was thus promoted to second but was struggling to remain within the track limits in his big Ford Falcon, letting both Thijs van Gammeren (Ford Falcon) and Luc de Cock past.