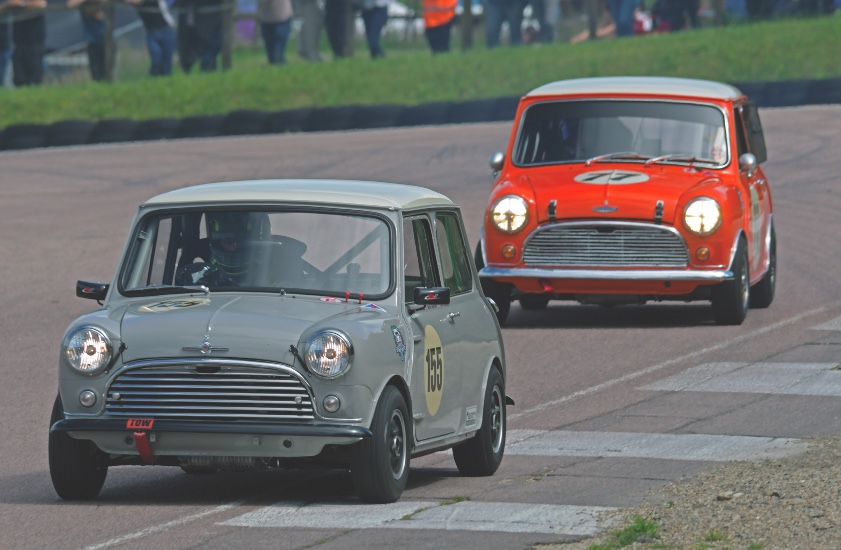 Run by former national Mini 7 champion Bill Sollis, Heathcote broke 50 seconds to secure pole position, but come from behind on the first lap to counter JRT’s fast-starting ace in the 1958-‘66 opener.  Once ahead, Nathan coolly opened a lead and took the chequer 1.6s ahead after 18 frenetic laps of the one-mile speedbowl, to the amazement of around 1400 spectators.

The second finish was even closer, Jordan’s orange car shadowing Heathcote’s grey one over the line.  Dan Lewis made it a Cooper S 1-2-3 in both races.  Gerard Buggy (Ford Lotus Cortina) and Richard Colburn (Cooper S) bagged a fourth place each, chased by Richard Postins’ Austin A40. 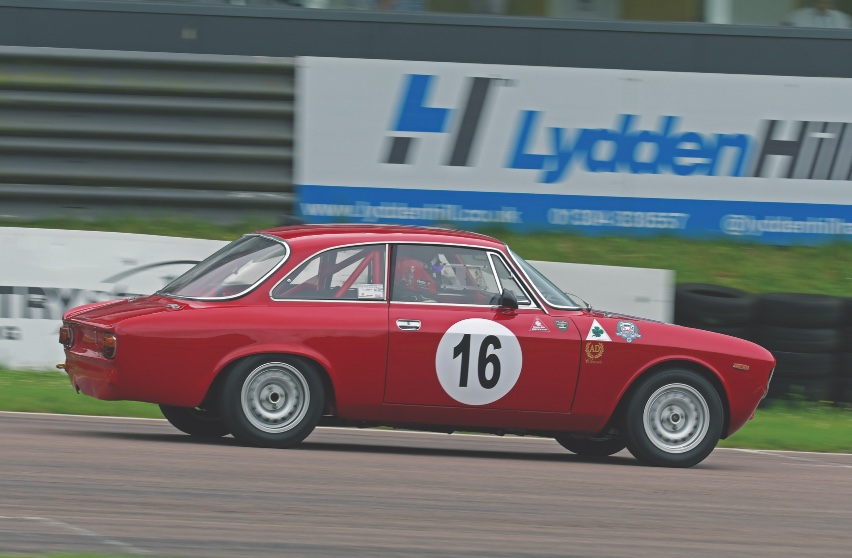 James Colburn had the legs on Classic Alfa Challenge rivals in a Giulia Sprint GT,

As at Thruxton, top qualifier James Colburn had the legs on Classic Alfa Challenge rivals in a Giulia Sprint GT, forging back ahead of Chris Snowdon (GTV) before the first race was stopped.  Snowdon led the restart too, but recovered to fourth, having stopped for a door to be secured.  Alex Jupe (Alfetta GTV) took second behind Colburn.  Brother Ben (1750 Berlina) chased James home in the second outing.