John Whiteman went to one of the first events in the UK to be completely open to the public.

Given the go-ahead as a pilot event by the UK Government’s Event Research Programme prior to opening all public events to normal capacity, the Goodwood Festival of Speed drew eager crowds keen to celebrate everything motoring and motorsport after a year’s hiatus, with a COVID secure event over the weekend of 8-11 July, entitled ‘The Maestros – Motorsports Great All-rounders’.  Mario Andretti was a welcome visitor again, driving several of the cars associated with his illustrious career including the Formula One World Championship winning Lotus 79 from 1978.  Mario may well be a popular returnee but another honoured guest, Roger Penske, had last appeared at Goodwood circuit in 1963 finishing eighth in a Ferrari 250 GTO with a unique 330LM Berlinetta-style body in the TT.  Much has happened to Penske in the intervening years following his driving career, including building a huge truck rental business in the US, many car dealerships, a highly successful Indy car team, a bewildering number of cars of which appeared at the Festival, and more lately, buying Indianapolis Motor Speedway and controlling the whole Indy Car series. 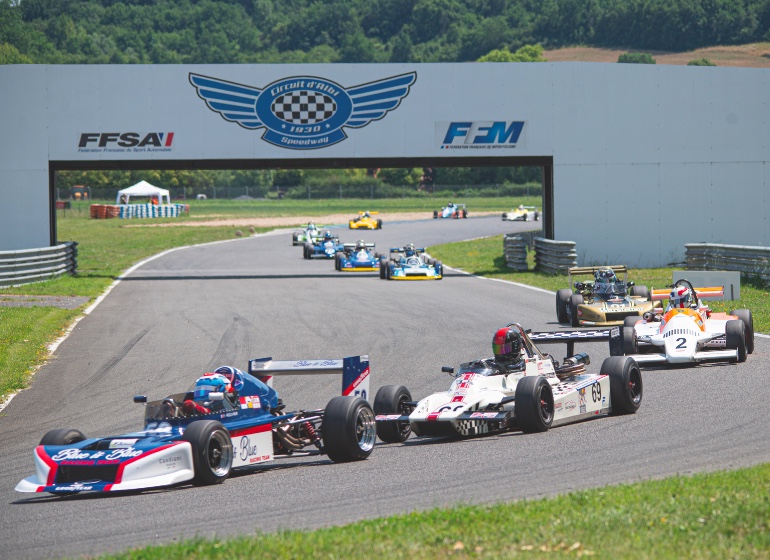 How the man finds time to sleep amazes!  He appears to have lost very little of his driving ability, conducting the 2008 Sebring 12 hours winning Porsche RS Spyder up the hill at a rapid pace.  Unfortunately the third ‘Maestro’, Jacky Ickx was unable to attend.  There were several special classes including ‘50 years of Tyrrell’ featuring Sir Jackie Stewart and ‘70 years of BRM, including the first appearance of Hall and Hall’s recreated V16.  Daniel Ricciardo and Lando Norris represented modern GP racing albeit aboard classic machinery. 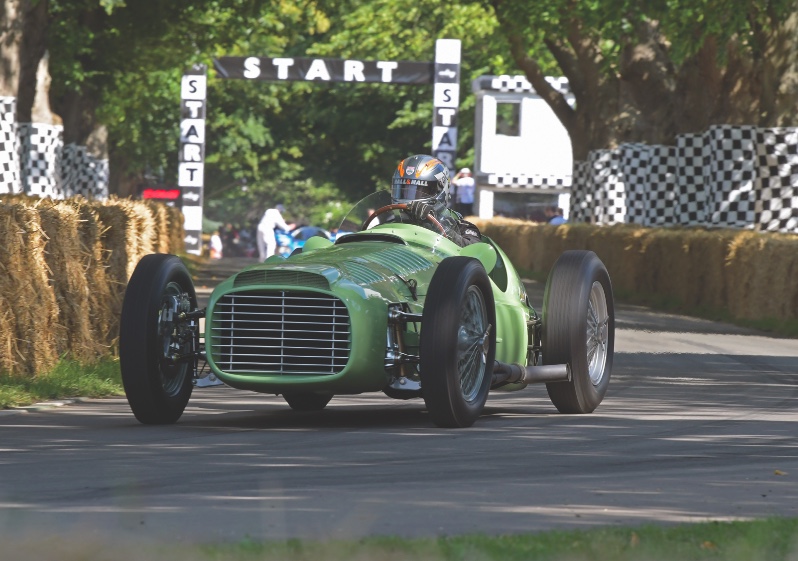 Elsewhere there was a Cartier Style et Luxe concours showcasing 100 years of Amilcar, Hispano-Suiza, 60 years of the Jaguar E-type among others.  The winner was the 1974 Lancia Stratos of Marc Newman.  A rally stage was held at the top of the hill and late on Sunday the traditional ‘Shoot-Out’ was won by Rob Bell driving a 2021 McLaren 720S GT3X in a time of 45.01 seconds.  Bonhams held a major auction behind Goodwood house, selling a 1928 Maserati 26B originally supplied to Juan Malcolm in Argentina and with an extensive history file culminating with Corrado Cupellini, for £967,000.  An identical amount secured the Ferrari Dino 246/60, also an ex-Cupellini car.  But the ex-works 1971 Alfa Romeo Tipo 33 TT3 driven in period by Andrea de Adamich and Nino Vaccarella failed to find a new owner.  The c.1950 RA4 Vanguard with extensive New Zealand racing history changed hands for £41,975.  Together with extensive car manufacturer presence and many trade stands there was plenty to keep the large crowd amused. 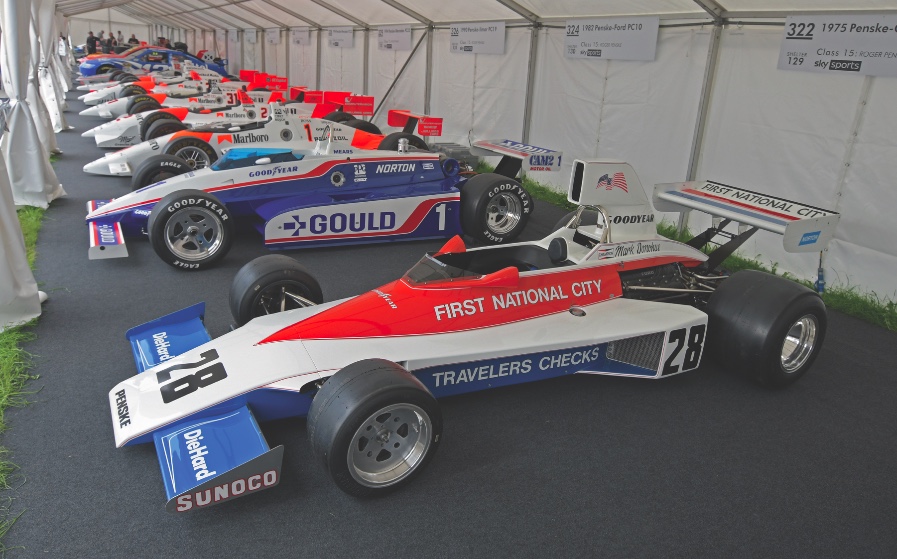 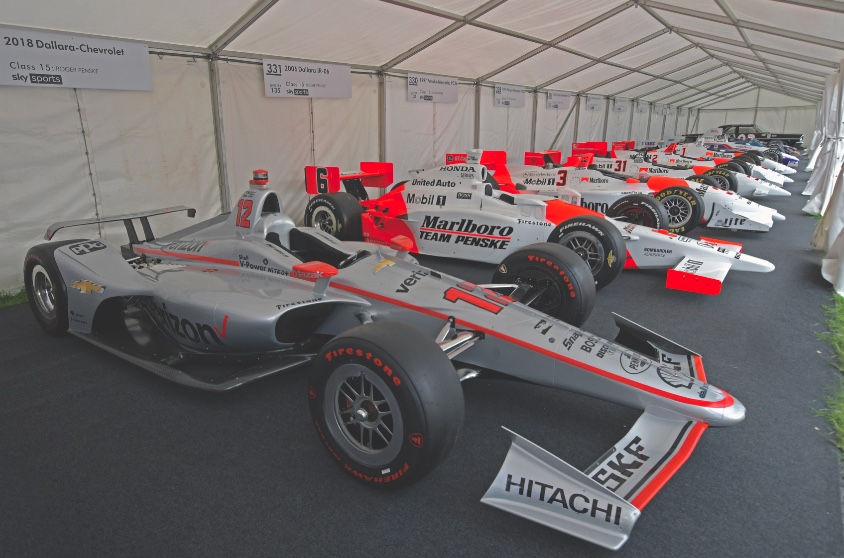 Just a part of the display of Penske race cars