Packed grids characterised the Preis der Stadt Stuttgart meeting at Hockenheim on 16-18 April, where Youngtimers, HTGT for Touring and GT cars of the early ‘70s, and the HEC endurance series for cars up to ‘76 met up for the first time this season.

Brothers Harald and Dennis Busch celebrated their FHR debut with pole position and overall victory from the 41 starters of the HTGT race. The professional stage manufacturers entered the historic racing stage without the backdrop of spectators due to Covid. Their Ford Escort BDA proved largely superior to the RS1600 of Heinz Schmersal and Mike Stursberg by a clear 49 seconds at the end of the one-hour race. Schmersal recognised defeat, “There is no match for this BDA, we had to be content with a class win.” Michael Wittge and Markus Diederich kept the Porsche 911 ST of the Sanchez brothers in check to take third place. 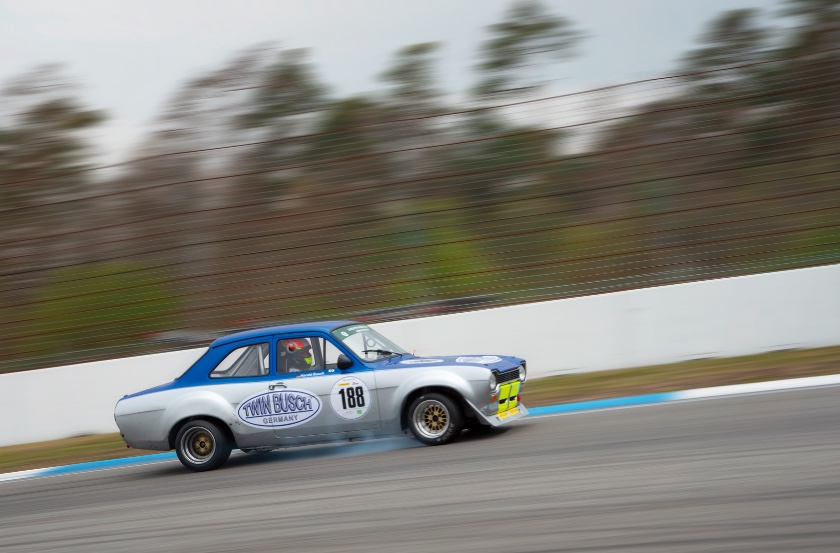 “There is no match for the BDA” Harald and Dennis Busch celebrated their FHR debut with pole position and overall victory from the 41 starters of the HTGT race.  Photos Peter Heil

The rapid Alexander and Vincent Kolb father-son combination secured overall victory in the final two-hour race for the FHR Dunlop Historic Endurance Cup in their beefy Ford Cobra 289. The road to victory was only cleared when the exhaust manifold of the leading Ford GT40 eliminated the Sanchez opposition halfway through the race. The Munich-based Alfa GTAm duo of Peter Praller/Clement Fromm skilfully kept the Porsche 914/6 GT of Wittke/Diederich within two seconds, which turned out to be seven after a time penalty was added for a pit stop infringement. There was bad luck for the reigning German champions (DHAM) Jochen Wilms and Christian Dannesberger, who were let down by their GTAm Alfa in both races. 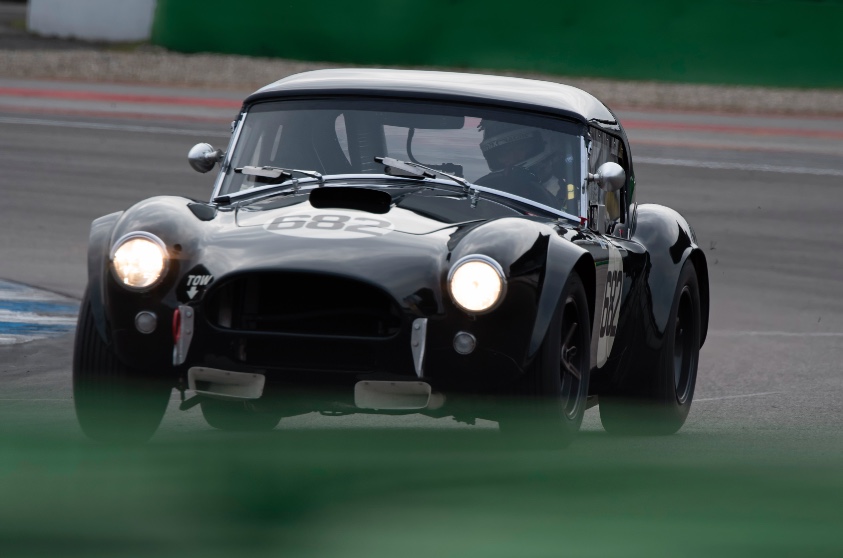 Vice-Champion Kersten Jodexnis fared no better. His Porsche 911 S/R lost almost 14 laps due to a lengthy shift linkage repair, after which his teammate, Robin Chrzanowski, showed what could have been by taking fastest lap of the race on day that remained dry despite a thick cloud brew. Encouraged by the great popularity and the smooth running of the event under Corona conditions, the FHR is planning another event at the Motodrom to replace the cancelled Nürburgring Classic.