After considerable speculation from competitors about whether or not it would even happen, the 12th edition of the Monaco Historic Grand Prix will be remembered for the special conditions in which it took place, and also for the beautiful on-track battles seen there. Originally schedule to run last year, COVID forced the organisers to postpone it to this year. The pandemic is still with us in 2021, but the will of the Automobile Club de Monaco has been stronger, and this Historic Grand Prix inaugurated a series of three race meetings in the Principality within one month, with the E-Prix coming 15 days later, then the Formula 1 Grand Prix. Jean-Marie Biadatti takes up the story. 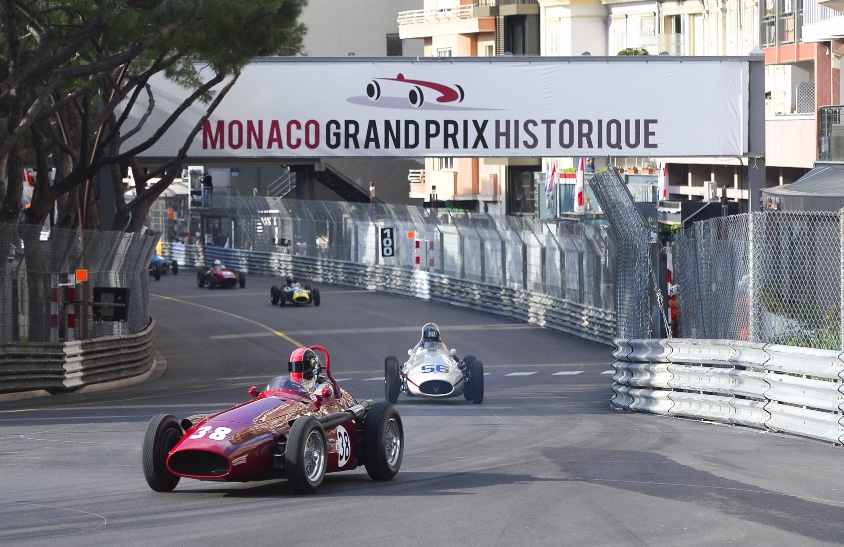 Spaniard Guillermo Fiero-Eleta was another driver to win more than one race during this year’s Grand Prix, taking victory in Plateau B in his 250F Maserati and winning the sportscar race in his Maserati 300S.   PhotoClassicRacing.com

It was necessary to show a certain initiative to come to Monaco. All the actors, drivers, mechanics, media, commissioners coming from countries outside of the Principality had to provide a PCR test made less than 72 hours before, to enter Monaco. This done, the organisers provided everyone with a bracelet in Monegasque colours to act as a “Covid Pass”. This was in addition to the usual badges and passes, and allowed holders to both enter the circuit, and to be able to eat in the restaurants of the city. Covid-19 however, got the better of a number of entrants who could not get there because of restrictions in their own countries, bringing many late cancellations and the total number of entrants to just under one hundred, when usually at least double that number are present. On the spectator side, if the day of Friday took place behind closed doors, the spectators were able to attend on Saturday and Sunday under a beautiful sun, but always respecting sanitary procedures, the number of places being limited to 6,500. 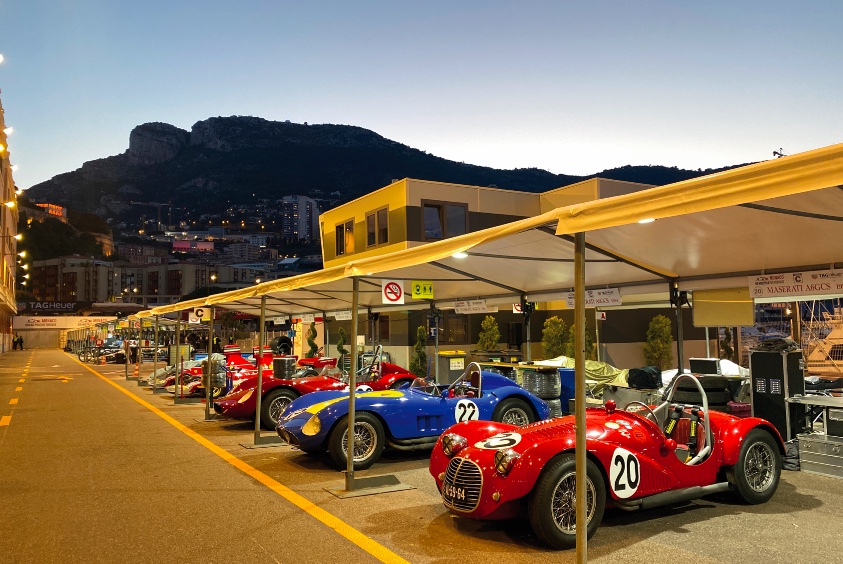 Nightfall in the paddock.  Photos PhotoClassicRacing.com

This year, the Automobile Club de Monaco had chosen to put Ferrari in the spotlight and the headliners were Jean Alesi and René Arnoux, present at the wheel of two magnificent German-entered, Methusalem Racing Ferrari 312B3s in Series F.

While some of the fields were a little thin, the races were very intense, the prestige of a victory in the Principality remaining just as coveted regardless of the type of competition. The man of the weekend was undoubtedly Michael Lyons who won the three races in which he took part! 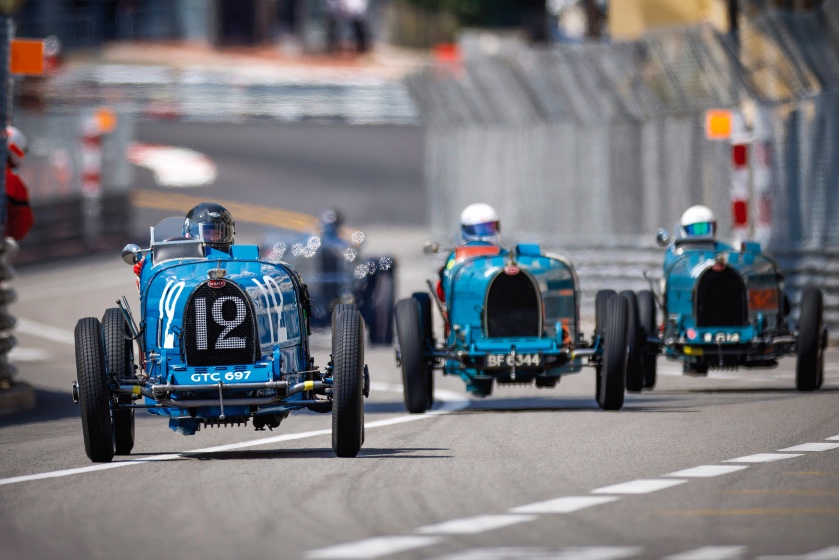 Having qualified in second place in the Series E field, for 3-litre cars up to ’72, at the wheel of his mother’s Surtees TS9, Lyons got off to a flying start to win the sprint to Sainte Dévote ahead of poleman Stuart Hall (McLaren M19A). The fight between these two was unrelenting, with Hall attacking every which way, every lap - attacks that were ultimately unsuccessful, the two men being separated on the finish line by only 7/10ths of a second.

After winning Series F in controversial circumstances, (see separate text), Lyons’ third victory came in Series G, where the latest cars of the meeting, up to 1980, were found. Michael knew how to pile on the pressure to poleman Jordan Grogor (Arrows A3) who ended up hitting the Armco and eliminating himself from the race. 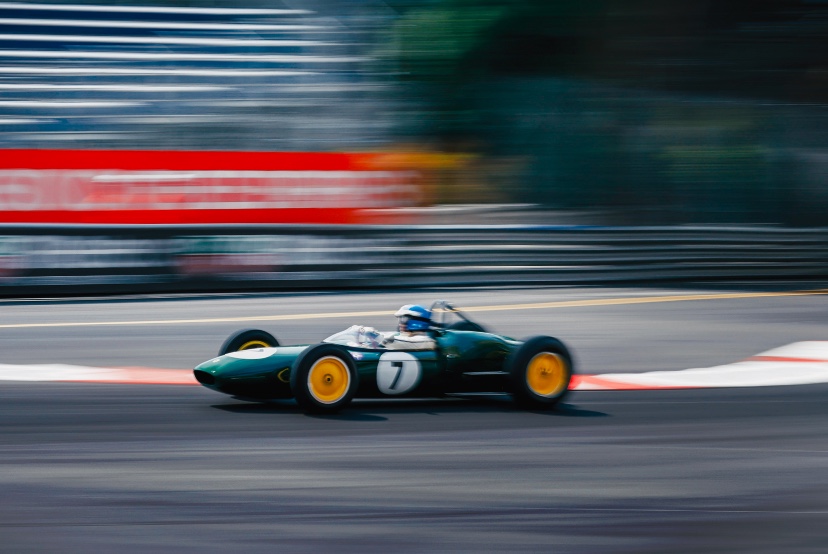 Mark Shaw dominated the Serie D race in his Lotus 21

Guillermo Fiero-Eleta was another driver to win more than one race during this year’s Grand Prix. First, at the wheel of his Maserati 250F in Series B for pre-‘61 GP cars, the field of which was one of the smallest with only seven cars. The Spanish pilot also won the Series C race for sports cars, run as a reminder that in 1952 the Automobile Club de Monaco, faced with an F1 in crisis, exceptionally chose to open its Grand Prix to this type of car. Fiero-Eleta took this one at the wheel of his Maserati 300S ahead of Martin Halusa’s Jaguar D-Type, driven by son Niklas, who, although finishing only 4.8 seconds in arrears, was never much of a threat to the winner.

Series D, with the beautiful F1 cars of the early ‘60s, was also very thin with just seven cars. The race was dominated head and shoulders by Mark Shaw in his Lotus 21.

Finally, in Series A for pre-war cars, poleman Patrick Blakeney-Edwards kept his Frazer Nash in the lead for half of the race until gearbox problems forced him to stop.

The Duel of the Meeting Alesi vs Werner

The race for Plateau F for pre-’77 cars promised to be exciting. With two explosive first rows, it sadly ended in recriminations and controversy. On pole was the former triple 24 Hours of Le Mans winner, Marco Werner, but it was Jean Alesi quickest off the mark in the older, less powerful Ferrari. Though outgunned by the Lotus, which had qualified two seconds faster, in an enthralling battle Alesi used all his experience to keep Werner behind for 14 laps, with Michael Lyons keeping close watch from behind the wheel of his McLaren M26. 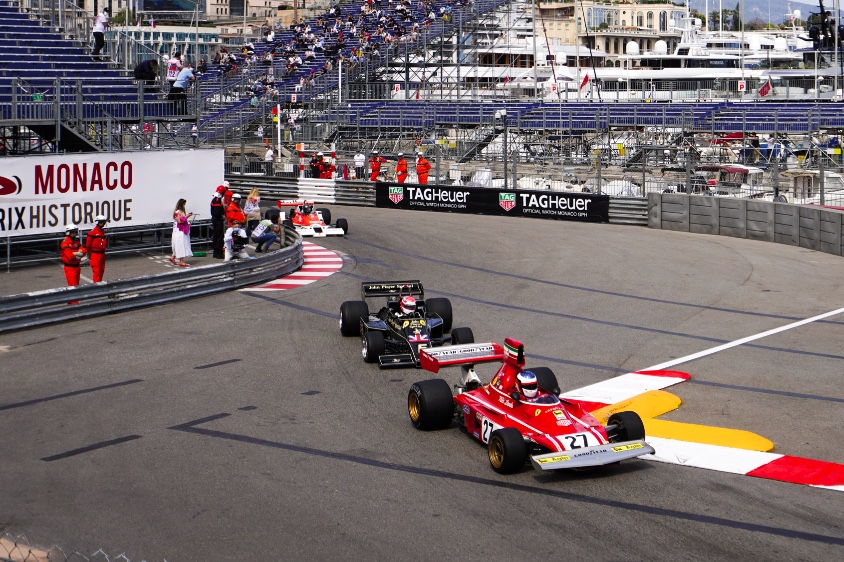 Lyons kept a watching brief behind the lead battle

Coming out onto the start-finish straight with three laps to go, Werner was tucked up right behind Alesi. Did Alesi miss a gear, as Werner later claimed? It didn’t really matter. Werner’s Lotus, accelerating faster out of the bend made contact. The contact was light, but on touching the left rear wheel of the Ferrari, the car was unbalanced and crashed into the wall. Alesi appeared to remonstrate as the German went past again, with a broken front wing, to win the race. 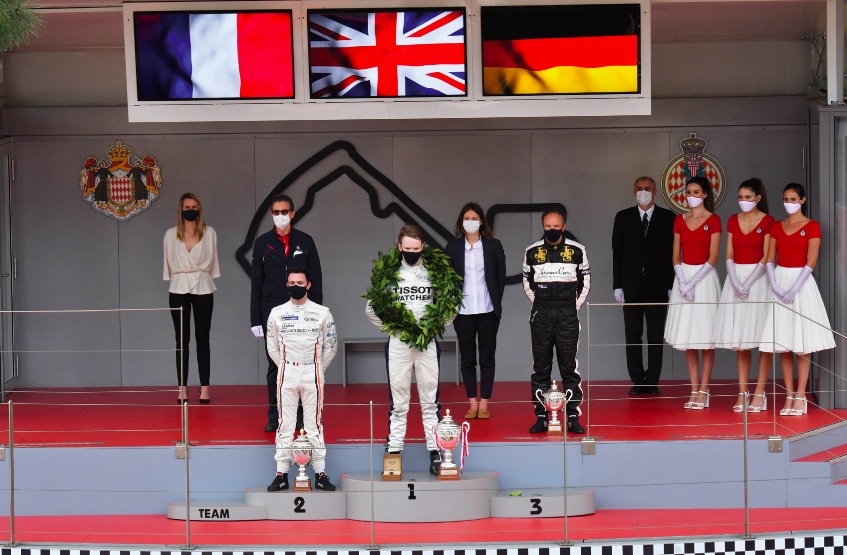 Feeling aggrieved, the German refused to stand on the podium

At the end of the race, the Lotus came to position under the No. 1 panel. There followed a wait before the podium ceremony began, where we imagined what was happening in the Race Director’s office. An official arrived after five minutes with the result sheet and informed Werner that he had received a 25-second penalty and was demoted to third place, without having been heard by officials. This gave Michael Lyons his second win of the meeting, ahead of the excellent Andlauer and his March 761. The German pilot expressed his disapproval by refusing to stand on the podium and by putting the cup on the ground. It is a shame that the race ended this way because it was the best fight on the track that we saw during the whole meeting. Of note was the sportsmanship displayed by Lyons, who took his winner’s cup and placed it on the muzzle of Werner’s Lotus.