A chilly but sunny Easter weekend saw Britain’s long-awaited return to racing, and historic cars were honoured to be the first to fire up their engines when Masters Historic   Racing and the HSCC’s single-seater department convened for the   Masters Historic Race Weekend at Donington Park just days after the ban on motor racing was lifted.    Mattijs Diepraam reports.

In fact, Masters had succeeded in having their Donington Park event – and also its forthcoming late-May event at Brands Hatch – listed as Elite Sporting Events, which meant that foreign competitors, team members and essential staff would be able to enter the UK without having to quarantine for a minimum of five days.  Of course, the exemption only applied to travellers coming into the UK, but their return trip was a different matter, with most EU countries still upholding strict quarantine rules.  As a result, the entry across the six Masters grids was essentially all British, while the few men in possession of a foreign racing license – such as Ireland’s Mike Cantillon, Austrian Lukas Halusa, Max Girardo from Switzerland and Kiwi Warren Briggs – are either UK residents or were present in the UK already.  In the end, only official series photographer Carlo Senten and the Michelin tyre people dared to cross the Channel from Holland and France respectively to be at Donington. 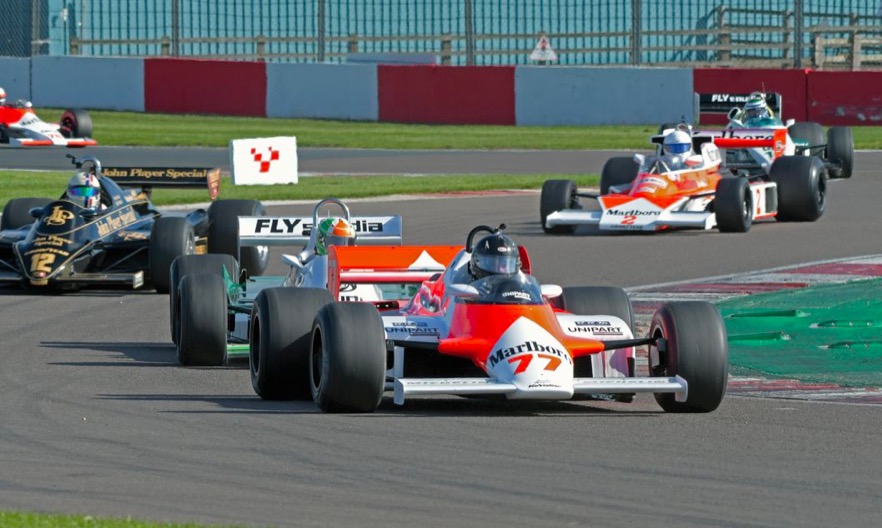 The travel restrictions – not to mention Brexit – particularly hurt Masters’ two former FIA championships, since Masters Historic Formula One and Masters Historic Sports Cars have always been the most ‘European’ of Masters series.  Fortunately the Gentlemen Drivers and Pre-66 Touring Car entry lists both burst at the seams with UK-based GT and touring car drivers eager to dust off their cars.  Meanwhile, the HSCC brought their Classic F3 and Historic F2 grids, and while both missed their international contributors, the club had no trouble in attracting many dozens of well-prepared British-based single-seaters.

Even though the grid number was down to 12, both Masters Historic Formula One races proved that large fields are not a necessity when it comes to exciting racing action.  Especially Saturday’s race was a corker, as Mike Cantillon’s Williams FW07C harried Steve Hartley’s McLaren MP4/1 until, with two laps to go, the jam Baron cracked under pressure, handing Cantillon his second win of the weekend. 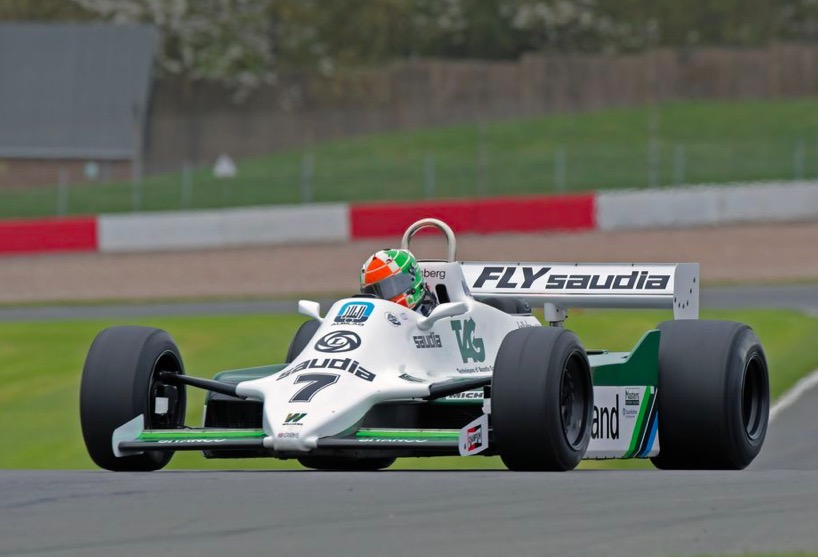 On Friday, the Historic Sports Car race would be the first Masters race of the day, and it was WEC and ELMS racer Alex Brundle in Gary Pearson’s Lola T70 Mk3B who led away from pole.  Behind him, though, Tom Bradshaw in the family’s Chevron B19 succeeded in keeping young Brundle in sight and duly took over the mantle when on lap 7 the Lola limped into the pits with a broken gear linkage. 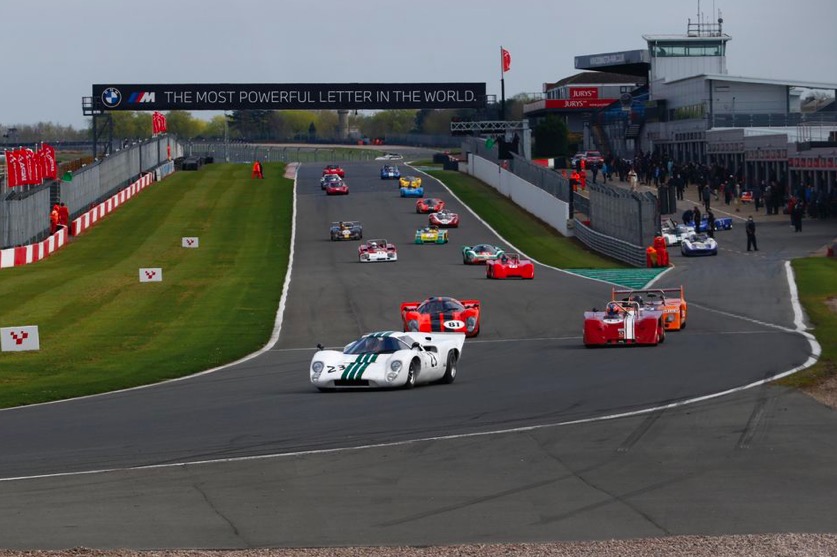 WEC and ELMS racer Alex Brundle, in Gary Pearson’s Lola T70 Mk3B, led the Sportscars away from pole, while confusion in the paddock had led to a gaggle of cars lining up in the wrong assembly area meaning they had to start from the pitlane.  Photo Carlo Senten

Friday ended on a feverish note as five cars contested the win in the 90-minute Gentlemen Drivers enduro for pre-66 GT cars.  Mike Whitaker in the pole-sitting TVR Griffith and then James Cottingham in the Cobra shared with Joe Twyman led early on, while Alex Brundle gave chase in the first of two Pearson Engineering Jaguar E-types.

Saturday’s Masters Pre-66 Touring Car race proved to be a belter, initially led by Steve Soper in the Alan Mann Racing Ford Mustang, with Alex Taylor and Craig Davies maintaining close quarters while arguing between themselves in two more Mustangs.  Also keeping a watchful eye from a manageable distance while fighting over fourth with Richard Dutton’s similar Lotus Cortina was Marcus Jewell who put relief driver Ben Clucas in the perfect position when the safety car came out to aid the quick recovery of Mark Martin’s stranded Cortina. 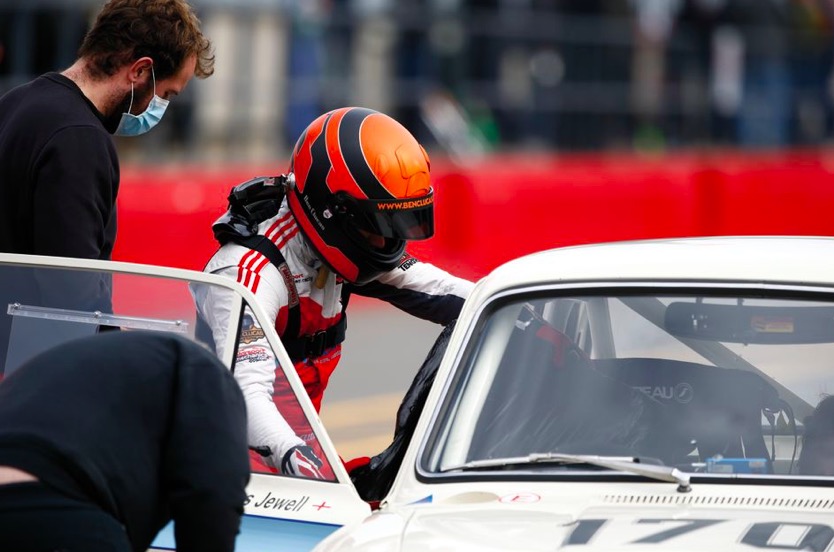 Meanwhile, the HSCC made a significant contribution to Britain’s return to racing by adding their Historic F2 and Classic F3 grids to the programme.

The quality of racing across the 27-strong F2 double-header was fine, hard-fought victories going to Callum Grant (ex-Don Breidenbach 1600cc Atlantic March 79B) - two years after Matt Wrigley won at Brands Hatch in a sister car - and hotshoe Andy Smith.

In Classic F3, Andrew Smith shared starring roles with Conor Murphy, taking pole in his March 783.  Murphy’s March 803B, however, beat Smith away from the line, and while trading fastest laps with his adversary Murphy never blinked on his way to victory by less than two tenths of a second. 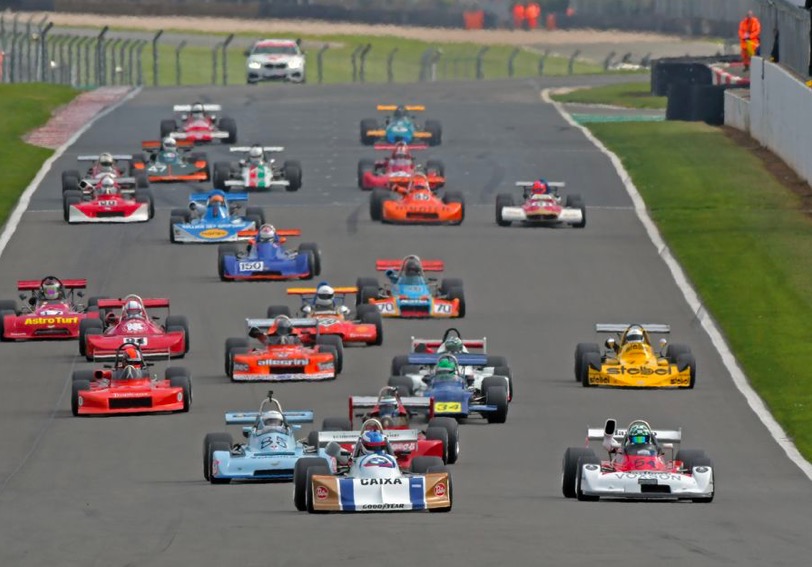