Though restrictions on numbers were in place Peter R. Hill was one of the lucky few to attend the March 5-7 Phillip Island Classic and bring back this report.

A year ago, the Victorian Historic Racing Register (VHRR) held its annual Festival of Classic Motorsport at Phillip Island, south-east of Melbourne. One week later the Australian Grand Prix was cancelled and COVID-19 changed the world. A year has passed since then and the VHRR again welcomed competitors to the island. 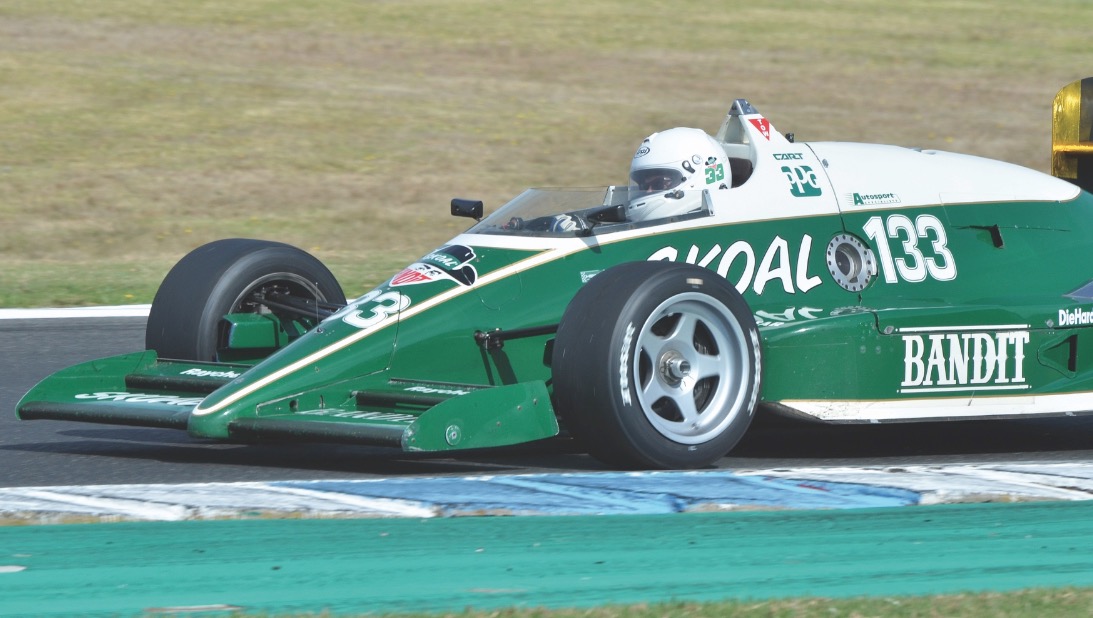 The club had taken a gamble in outlaying the funds to secure the circuit and facilities for the weekend when even a small outbreak of the virus could have seen the state locked down again and all events cancelled. Fortune favoured their bravery. Eleven fields took to the track comprising three hundred and sixty entries, no doubt rejoicing to be back doing what they loved. 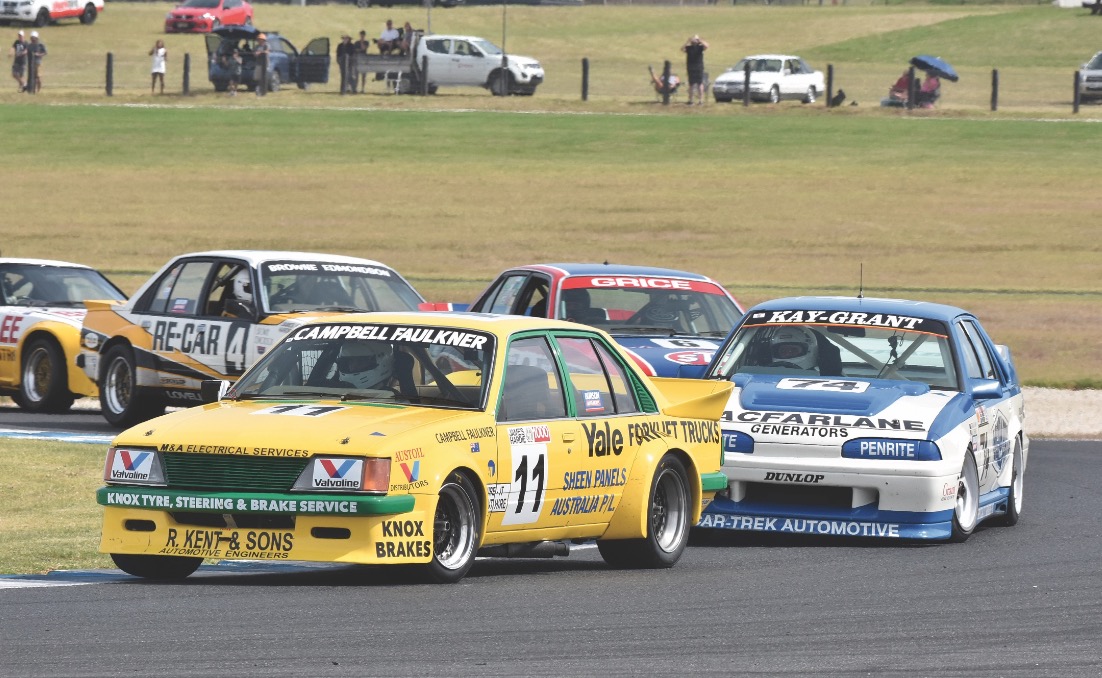 Australians have a love affair with Ford versus Holden V8 racing

The event normally hosts between 450 and 500 entries but this year there were no overseas cars and inter-state entries were undoubtedly reduced because of the risk of a sudden closure of a state border. Spectator numbers were limited to one thousand each day, with tickets pre-purchased on-line. For those of us lucky enough to be there the extra space and lack of a milling throng was relished. Selfish, I know. 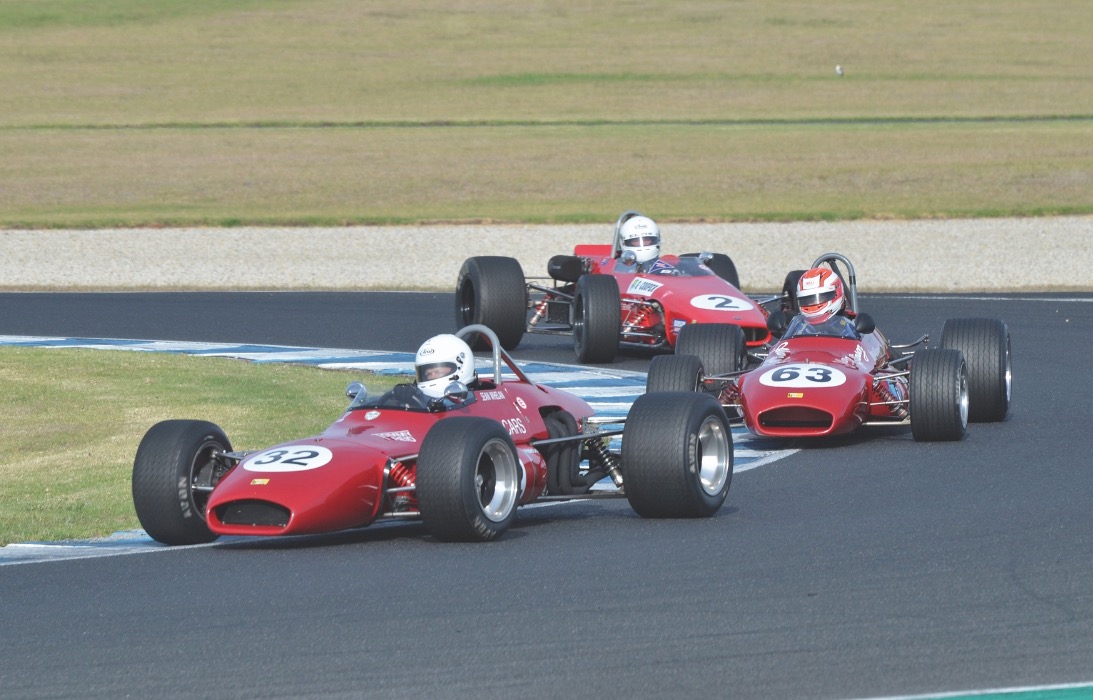 Despite the reduction in entries there was still plenty to delight the enthusiast. A brace of Brabham BT30s were eye-catching. These were team cars — both red with Irish Racing Cars sign-written on their flanks. One was the ex-Alan Rollinson car, the owner of which is now Noel Robson, who explained that this car had been in Australia for many years and he was fortunate enough to be able to purchase it when his son Andrew wanted to retire from his Lola T330 F5000. The sister car belongs to Sean Whelan and is the ex-Tommy Reid car that Whelan imported from England. In the race these two led a field that was a mixture of racing and sports cars from ‘61 to ‘69 that included four pretty Lotus 18 Formula Juniors, an assortment of other Brabhams and a lone Chevron B14. 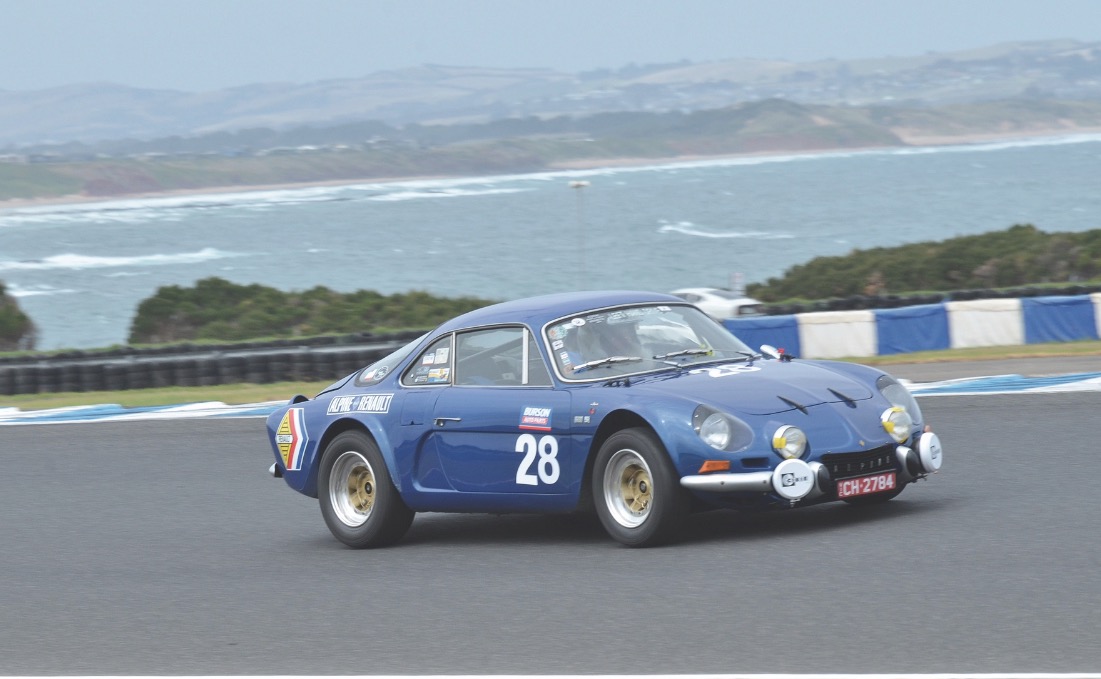 In another mixed field of sports and racing cars that ranged from the 1930s to 1960 was the striking Allard J2X, its 5.4 litre engine a healthy litre bigger than anything else in the field. This is chassis number 3146 which was brought back to life by Joe Calleja and first raced here in 2018. This is the car that was driven by Carroll Shelby in five races in 1953 for four wins and a second place, and it is said that this is what got him noticed and launched him on his subsequent racing career. One of Australia’s most versatile racers, John Bowe was in Shelby’s seat for the occasion. Sadly, although the Allard qualified third it failed to finish its races. It was a shame we were unable to see Bowe, the two-time Australian Drivers’ Champion and twice winner of the Bathurst 1000, manhandling the Allard around the island. 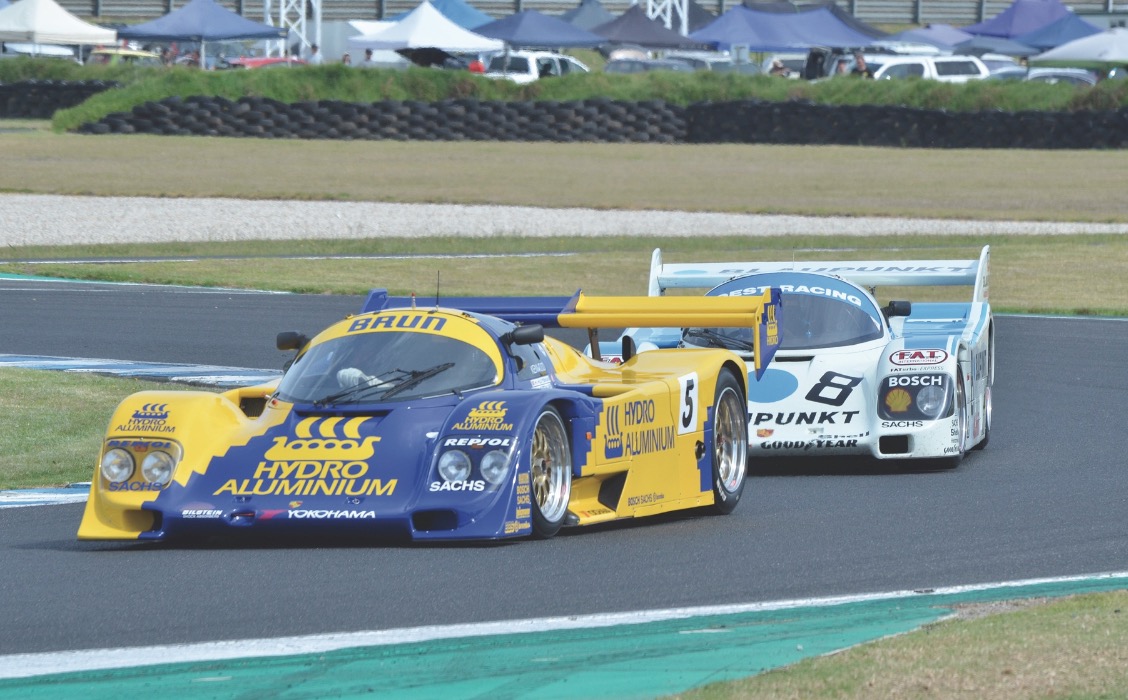 For a Full Report See Our April 2021 Issue