Marcus Pye reports on an event, conceived and executed within only a few weeks, that proved to be like food to drivers starved of racing this season

Organised in the wake of the Spa Six Hours event’s late but inevitable cancellation, which rubbed salt into the wounds of a season torpedoed by Coronavirus, Motor Racing Legends looked closer to home for its 2020 calendar closer on October 25.  With tremendous backing from loyal partners the Royal Automobile Club and DK Engineering, and wonderful competitor support, the one-day meeting on Silverstone’s 3.66-mile Grand Prix circuit did more than turn the year around.  It pointed the way to the future. 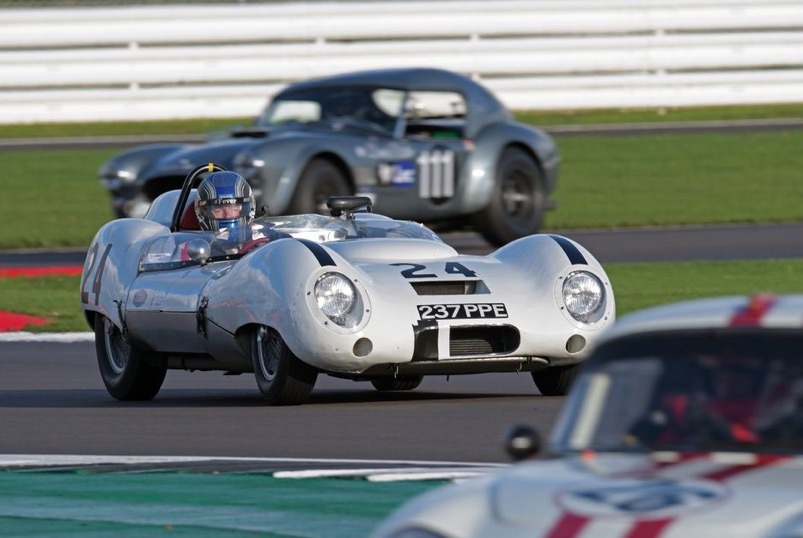 Star of the show - run out of the cavernous Wing pits with a convivial hospitality lounge in the midst of DK’s tempting sales stock - was the three-hour Pre-‘66 team race.  Usually run at the Silverstone Classic exclusively for pre-‘63 cars, but cancelled this year along with the rest, it was decided to award the prestigious Historic Tourist Trophy title to the winning three-car team.  This required each crew to make two five-minute ‘socially distanced’ pit stops at times of their choosing, rather than within set windows.  While tactics came into play, this gave them the freedom to change strategies as the race evolved. 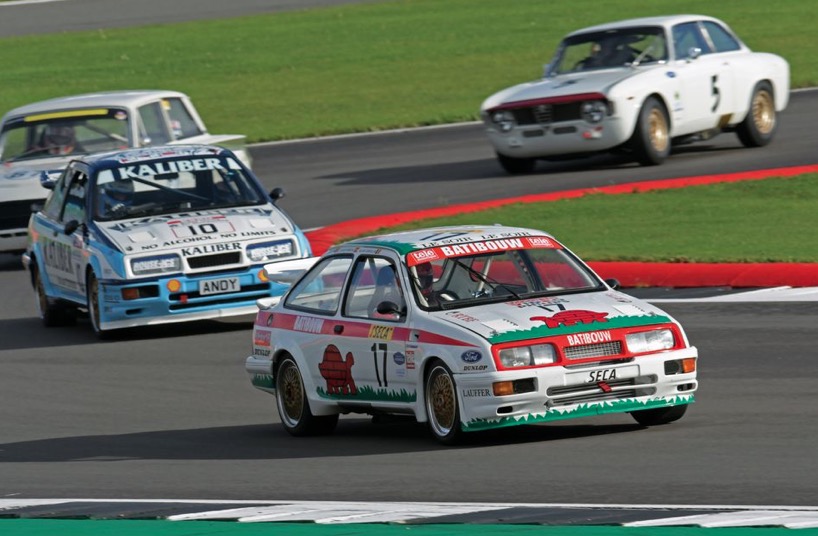 “That was a proper race. I think we changed places ve times on one lap,” beamed Tomlin, having landed his rst HTCC win in the Batibouw/Thierry Boutsen tribute-liveried Ford Sierra Cosworth RS500

The 58-car field stampeded away in beautiful autumn sunshine, but soon the skies darkened, heralding showers that changed the track conditions constantly.  With greater contact patches to put their Ford V8 power down nothing would catch the Shelby Cobras of Julian Thomas/Calum Lockie (Daytona Coupe) or Andrew Jordan/Adrian Willmott, which finished first and second in that order after a stout early scrap.  Best sports racer was the ex-Bruce McLaren/Syd Jensen Lotus 15 - a veteran of the 1959 TT at Goodwood - of Roger Wills/David Clark in seventh.  Having put so much into the event James Cottingham suffered cruel luck in the early stages, when a conrod ventilated his Tojeiro’s Jaguar engine while it was flying in fourth. 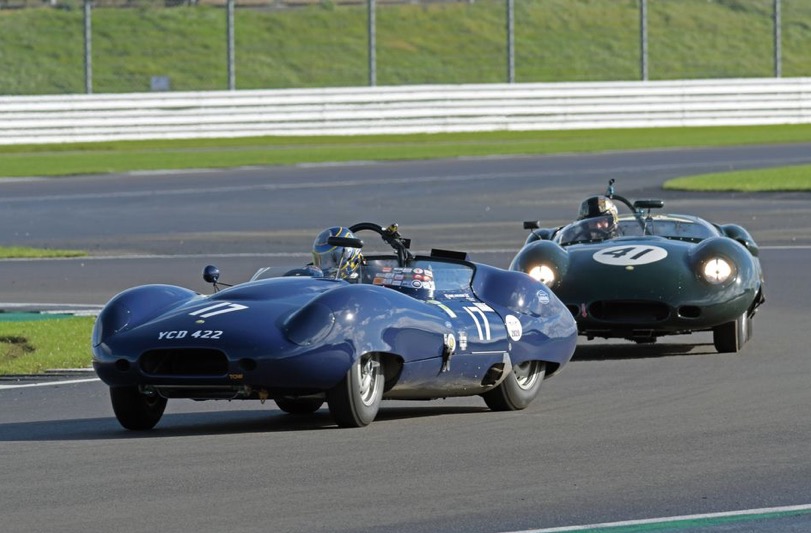 “It’s like riding a wild tiger on wet lino - and that’s in the dry,” was Milner’s description of driving the ex-Mike Anthony Chevrolet V8-powered car

The morning’s three qualifying sessions on a wet but drying track were followed by 60-minute RAC Woodcote/Stirling Moss Trophy and Historic Touring Car Challenge/Tony Dron Trophy/U2TC mini-enduros.  Both were close-fought and contested with an end-of-term spirit. 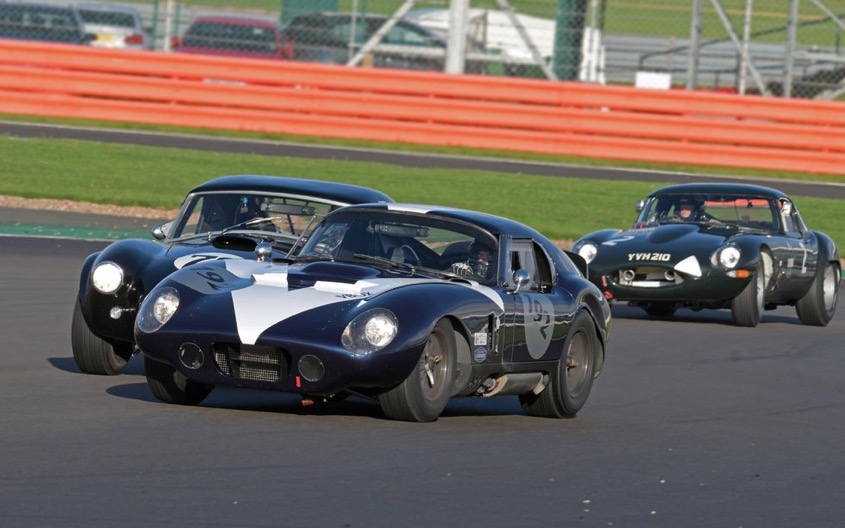 Nothing could catch the Cobras, and Julian Thomas and Calum Lockie took overall honours in their Daytona Coupe

For a full report see our December 2020 issue