Eager to Get Started

A somewhat chaotic start for the NK HTGT race at the Gamma Racing Day meeting on 26-27 September got the red flags flying.  The second attempt was slightly less messy, with only Martin Bijleveld and Egbert Kolvoort getting penalties for jumping the start. 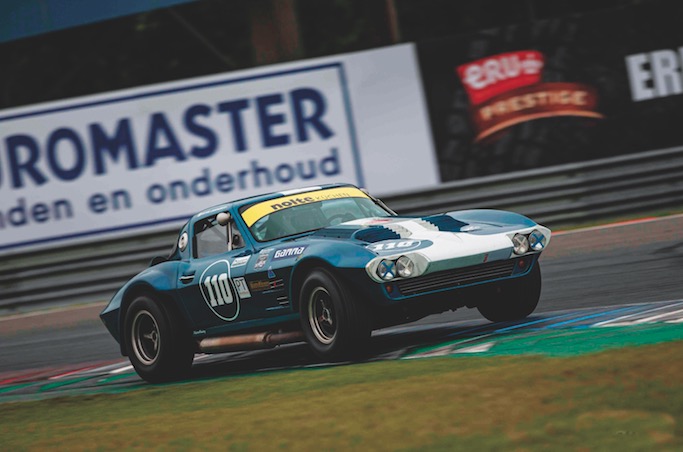 This was the 10th Edition of the eclectic Gamma Racing Days Meeting, with various one-make Cup races, motorbikes, and historic cars on the programme.  Because of virus restrictions BOSS GP did not take its usual slot on the programme this year, but regulars NKHT GT, fielded a full grid of pre-1966 cars despite losing many of its international competitors to the travel restrictions. 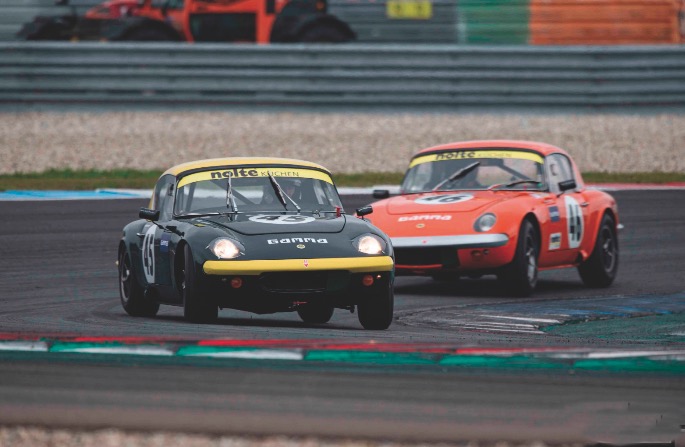 Once the race was under way, the Corvette Grand Sport of Allard Kalff and Kaj Dahlbacka took off at the front, followed by Roeland Voerman (Corvette Stingray) who was soon put under pressure by Bob Stevens in his Lotus Elan.  When Stevens dropped way back after a spin, Tom Kuiper, also in a Corvette Stingray, took up the chase.  Voerman then retired, after which there was a short safety car interlude.  This was to be Dahlbacka’s downfall.  He overtook a backmarker and was given a five second penalty, promoting Kuiper to second place. 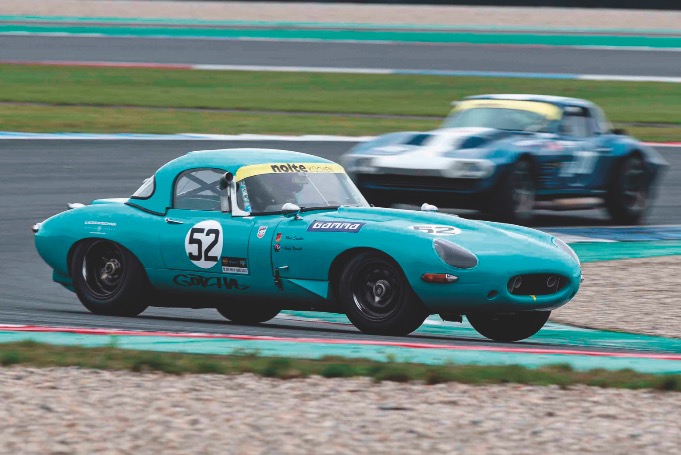 A grey morning with a very slight drizzle made the going treacherous for the Sunday race.  Michiel Campagne powered away at the start in his Corvette Grand Sport, but Andy Newall (Jaguar E-type) used every last bit of grip he could find to pass him, the pair swapping positions several times.  After a short safety car interruption to tow Kenneth Persson’s stranded GT40 away, the pair resumed battle and Newall managed to eke out a small gap.  In third Dahlbacka held station, while fourth was disputed by Kuiper and Bob Stevens in the Lotus Elan.  Stevens needed several attempts before finally making a successful pass.

Read more in our November 2020 Issue