What was meant to be a well-spaced calendar of five meetings, leaving a long summer break for “les vacances”,  turned into an action-packed month of August when first, Historic Tour Dijon, the second in this year’s series, took place on 15-16 August, and Historic Tour Charade took place two weeks later

After a first meeting at Albi, the French drivers (and many foreign drivers – some 30% of the entries) turned out at Dijon, with some grids joining forces with their counterparts from neighbouring countries, such as the F3 1000cc cars running with the Formula Ford Historics, or the Kampf der Zwerge, the German equivalent of the Maxi 1300 series running in tandem with the French cars, and the German FFR joining forces with the Formula Ford Zetec. 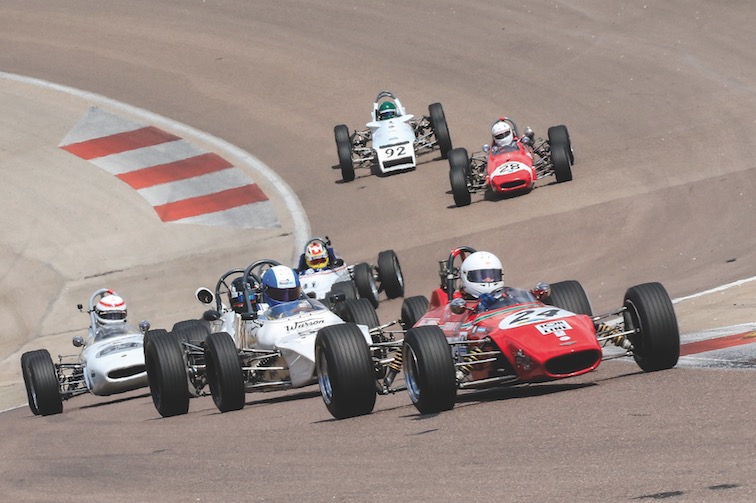 For the local drivers, two races for most series offered additional opportunities to earn points towards the two French Championship titles.  After the first event at Albi, there were 11 drivers who had won two races at Albi, and were therefore on equal points.

Big winners at Dijon were François Belle, who took two Formula Ford Historic wins to add to his strong points tally from Albi, though in the first race he was bested by guest F3 driver Jeremy Timms (Chevron B15) by 0.137 of a second.  Finally defeated in the first race at Charade, he re-established his winning credentials over Alain Girardet in the second race, making three wins out of four races over the two weekends. 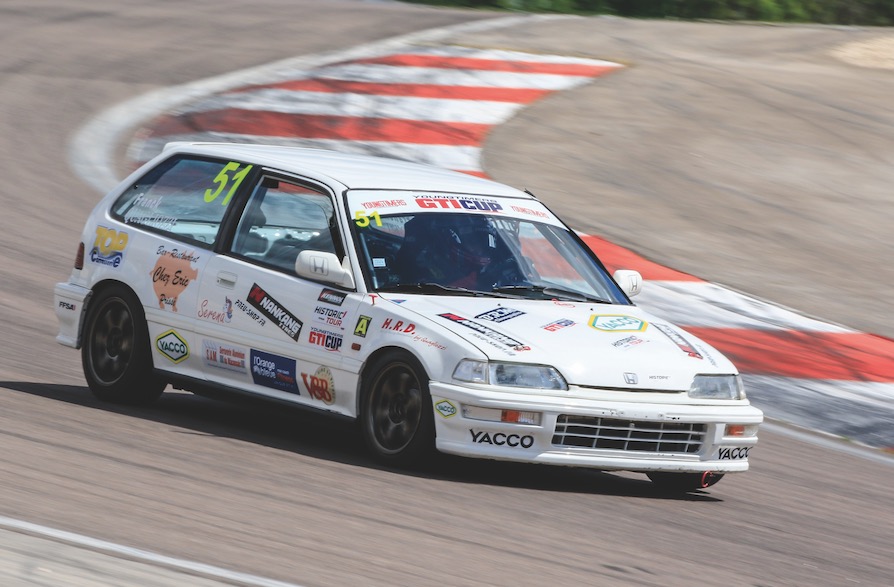 Franck Quagliozzi has completely dominated the Youngtimers in his Honda Civic

Another Dijon double winner was Frédéric Rouvier.  Already undefeated at Albi in his March 783 in Formula 3 Classic, he was shadowed home both times by Italian Valerio Leone in a similar March, in both cases by mere tenths of a second.   Leone turned the tables at Charade, bringing his March home over two seconds ahead of Rouvier in the first race.  On the same grid but in a different race, Christian Vaglio Giors, also double winner at Albi and, though Swiss, now eligible for the French title, was the only driver to take maximum Monoplaces points with four Formula Renault wins at Dijon and Charade.  He joins Franck Quagliozzi and Laurent Sabatier, who also remain unbeaten this season in Youngtimers GTi Cup and GT Classic respectively, competing for the GT/Tourisme crown. 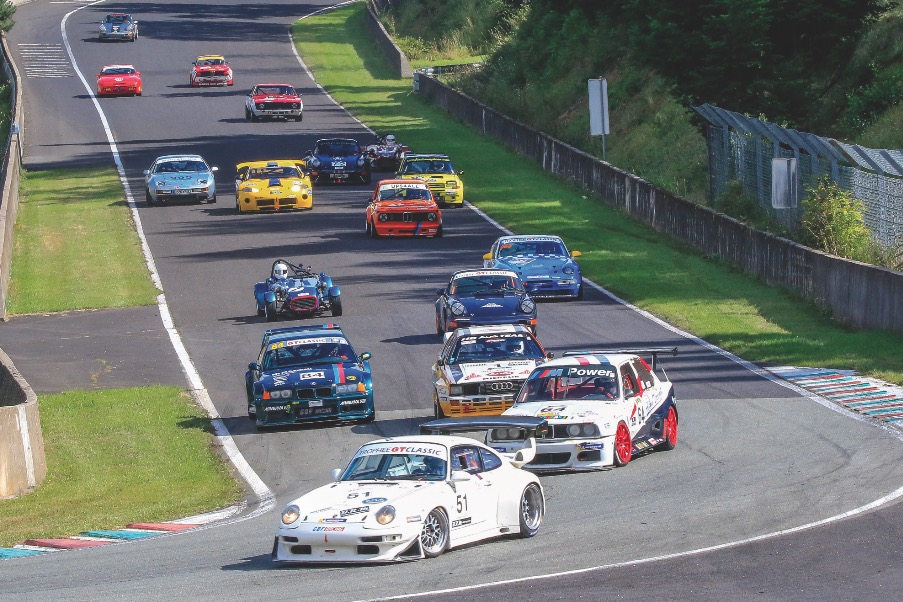 Laurent Sabatier, driving a Porsche in the GT Classic series, is one of three drivers that has remained unbeaten so far this season, and one of only two competing in the GT/Tourisme category

For a full report of both meetings, see our October issue…….