The annual Copenhagen Historic Grand Prix was organised on its traditional first weekend of August date by CEO Jens Peter Lange and his team with the sporting side of things run under the Automobil Sports Klubben Hedeland for the 19th time.  Once run in the Tivoli Gardens in Denmark’s capital, this was the seventh event on the Bellahöj Park Circuit, which in a huge undertaking has to be built up over two days before the race and dismantled afterwards, requiring over 4000 concrete blocks, and the construction of several bridges.  There was fine weather over the weekend and over 44,000 spectators turned up to the enjoy the event. 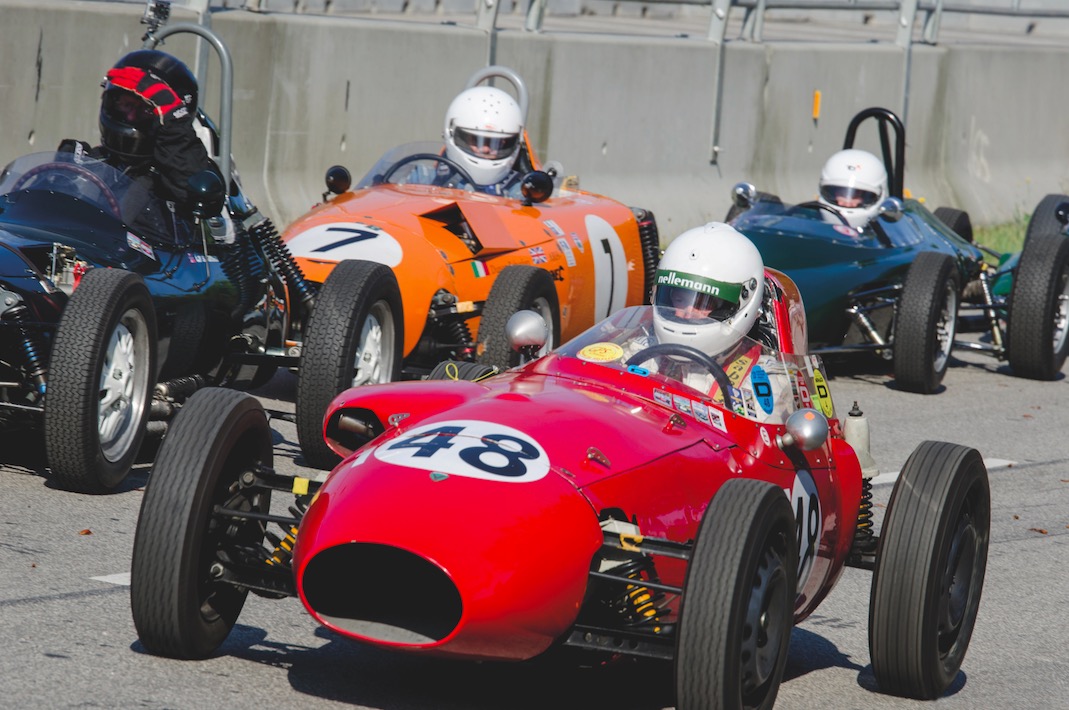 Jac Nelleman drove his Volpini in the  first Formula Junior race and switched to his Alfa Dana in the second.  Photos Daniel Slater

There was a timed practice and then one heat on Saturday and another heat and final on Sunday for six grids.  First out were GT and Saloon cars 1966-71, won by Jacob Wunderow, who beat all the Escorts with his Datsun 240Z.  A nasty shunt following break failure, in which SixtyFivers’ organiser Nikolaj Mortensen rammed Henrik Hansen´s Mustang in the back causing the Mustang to spin 360 degrees more or less airborne, left both out of the running.  Mortenson was sent to hospital, but it was later announced that his injuries were confined to two broken ribs and concussion and, “a really sore body.”

There were so many pre-‘66 cars entered they were run in two separate races.  For the TC-cars Jan Lyloff (Ford Mustang) was followed home in both heats and the final by the Minis of  Hans Beckert’s and Mark Juelshöj.

In the GT race from the same period there were no fewer than four Ford GT40s, but Rasmus Lokvig in a tiny Ginetta G4R took the lead on the tight street circuit with Nikolai Kjaergaard (Lotus Elan) in second.  Lokvig lost time in traffic as the pair began to lap the slower cars, allowing Kjaergaard to slip past to win the race.  The second heat was won by Swede Kaj Dahlbacka in a Corvette GS with motorbike endurance champion Peter Lindén on four wheels in Jan Kling’s Ford GT40 demoting Lokvig to third.

Formula Junior is a popular class in Copenhagen, with many foreign entries.  They had just one heat before the final, which was won by poleman Marco Werner (Lotus 22) by a country mile, with Robert Hoemke (Lola MK5A) second and Martin Bullock in his Wren third after Mark Shaw’s Brabham BT6 faded away from second place halfway through the 13-lap race. 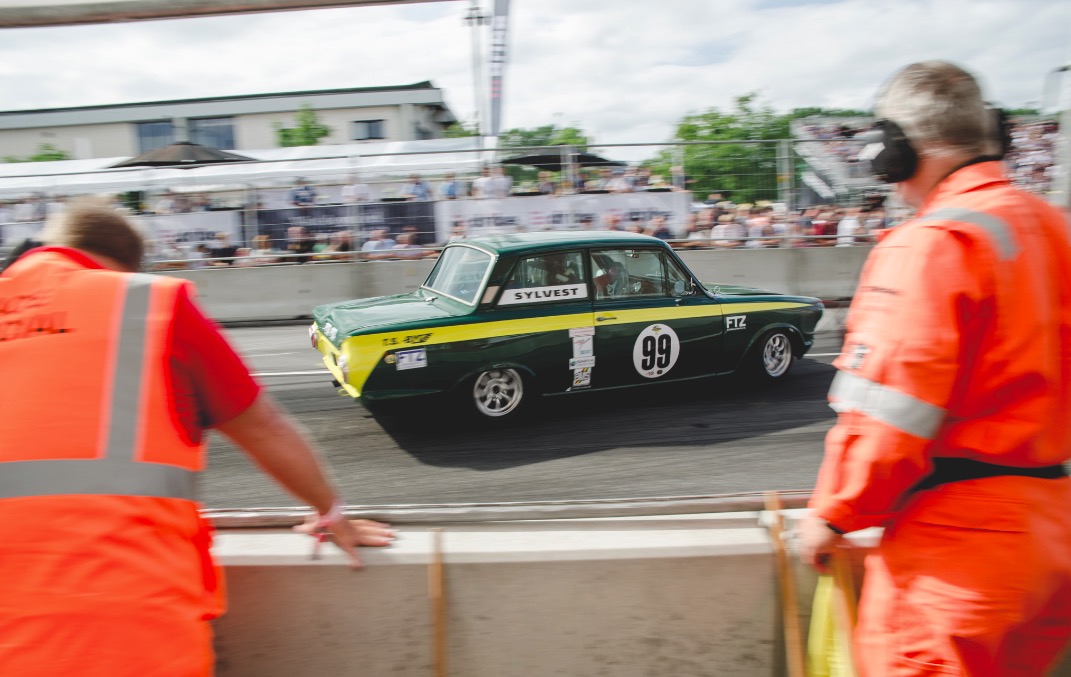 The newest category was the ‘86-class’, with victor Jakob Teil Hansen in an Escort RS 1800 besting Mike Legarth’s De Tomaso Pantera in the first heat and Jesper Ternvalt beating them both in his Escort ES 1600 in heat two and the final.

The main interest of the weekend at Copenhagen is always the Pro/Am races, where a car is shared by an amateur (usually the owner) and a “Pro”, though sometimes it’s difficult to know who is fastest.  And this year there were many prominent drivers, indeed.  Most cars were Lotus Cortinas or Porsche 911s, with each heat divided for first the amateurs and then the Pros with a slow driver change, giving six separate race results.  For the final Martin Berner had driven his Cortina to pole for Tom Kristensen with father-and-son team Jesper and Nicolai Sylvest’s similar car second.  Though Kristensen led the first laps, 21 year-old ADAC GT Masters driver Nicolai Sylvest passed him on lap two and held station to the flag.  Audi Le Mans driver, Frank Biela had advanced Oscar Davidsen Siesby´s Cortina to third by the end.  Mikkel Mac drove the first Porsche home, that of Jesper Blom, into fourth, while another Le Mans driver, and three-time 24-hour winner, Dindo Capello paired with event patron HRH Prince Joachim to finish sixth in the Prince’s Cortina.

For a fuller report see out October 2019 issue