Brands Hatch was the location of Festival Italia on August 15, celebrating a wide spectrum of motorsport, people and virtually anything else Italian.  Peter Collins Reports…

Perhaps one of the most remarkable features was to be found in the static display of Abarths from Tony Castle-Miller’s emporium.  On show in public for the first time in over 50 years and only just completed was the famous ex-Bob Burnard Abarth Simca Due Mila RB 38, which enjoyed much success in early to mid-1960s UK GT sportscar racing.  Not quite ready to run as yet, it headed up a row of over a dozen examples of Carlo Abarth’s expertise over the years.  Some of these cars took to the track for a demonstration during the lunch break. 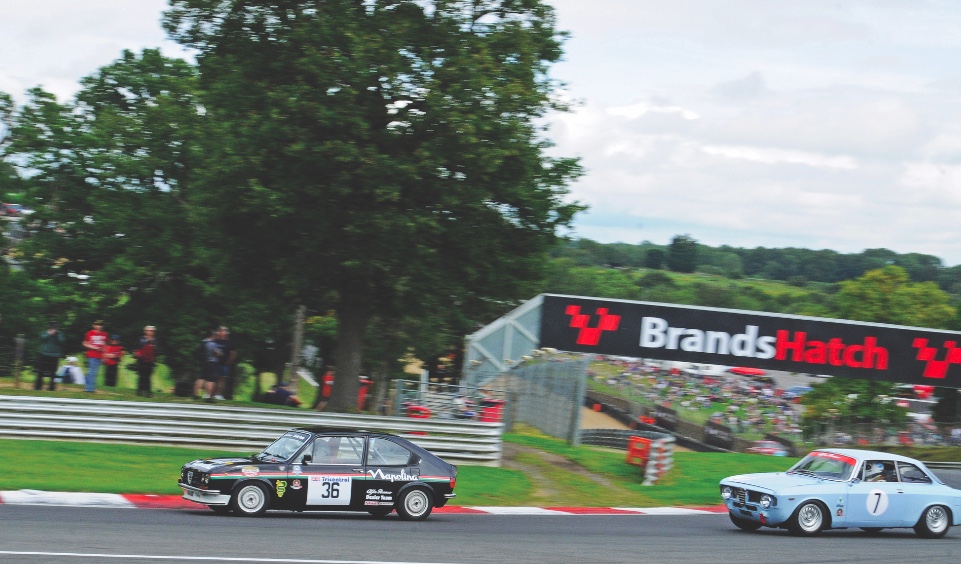 The competitive on-track action took place courtesy of the various UK Ferrari and Alfa Romeo championships, both classic and modern.

The two Pirelli Ferrari Formula Classic races were both won at a canter by Wayne Marrs in his Ferrari F355 Challenge and the same mounts were used by Tim Walker and Tristan Simpson in finishing second and third in race one.  The order was changed in the second race when Gary Culver took second with his Ferrari 328 GTB. 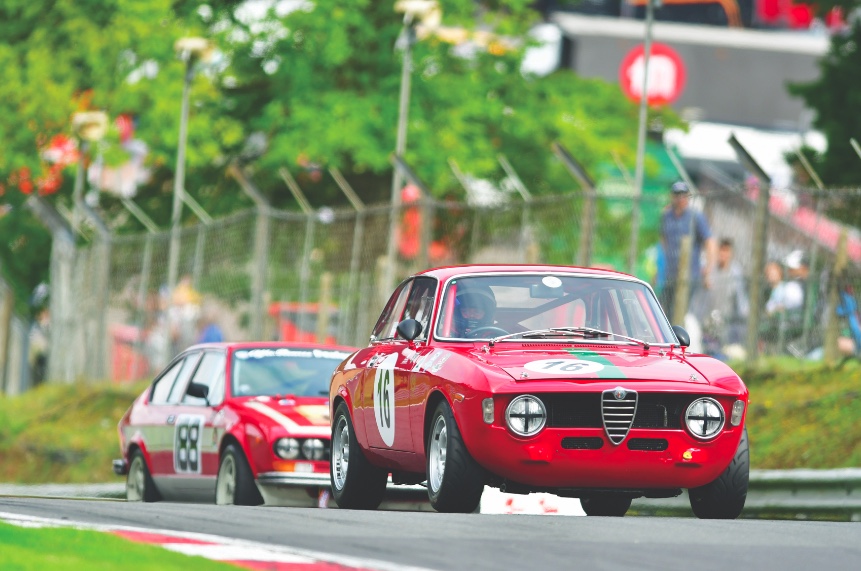 The HRDC race for the Classic Alfa Challenge was also an unopposed, lights to flag drive, this time for James Colburn in his fast Alfa Romeo Giulia Sprint GT.  He was followed in by Ben Colburn who was at the wheel of his Alfa Romeo 1750 Berlina with the 75 of James Wright in third.  With a superb entry of around 30 cars and a race around the Indy Circuit for 30 minutes the track was very busy at all times, with drivers reckoning on getting dizzy by the finish!  Gavin Watson was driving the wheels off his venerable ex-Dooley Giulietta Ti and Chris Whelan was finding plenty of speed from his, also ex-Dooley and ex-BTCC, Alfasud.

With a live performance of Nessun Dorma just prior to the first race, the large crowd enjoyed a great Italian day out.