Since he joined the NZ F5000 Tasman Cup Revival Series in 2017, dynamic young Christchurch driver Michael Collins (Leda LT27) has been tipped as a likely overall series’ title winner.  And that is exactly what the 24-year-old now is, as the New Zealand Formula 5000 Association decided to call the result of the COVID-19-interrupted series after the fourth round and officially cancel the series’ final, which was to have been run at Hampton Downs in March.  Collins, with the most points to his credit in the season so far, has therefore been named champion.

“At the time we were quite bullish about getting in our final round, “ says committee member Glenn Richards. “But as the days turned into months I think we all started to realise that a better idea would be to put a line under the 2019-20 season and start planning for ‘20-21.”

The long-running NZ-based series could hardly have a better champion either.  A former karter and 2016/17 South Island (of NZ) Formula Ford champion, Collins has been impressing everyone with the maturity and racecraft he first displayed behind the wheel of the Alastair Hey-owned, Collins family-run, Leda LT27 at the opening round of the 2017/18 series at Pukekohe Park Raceway.  Then just 21 years of age, the mild-mannered young man, who works as an electrician, won his first F5000 race at the second round that season.  He enjoyed similar success over the 2018/19 season but like the year before, prior commitments meant he had to miss the final and key points-scoring round.  Congratulations to the new Champion. 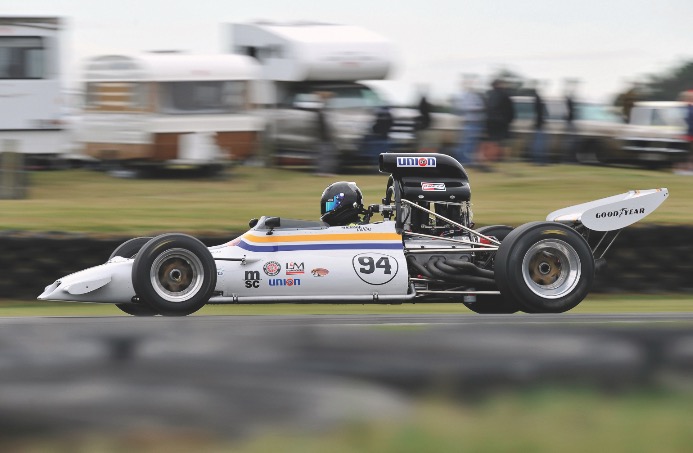