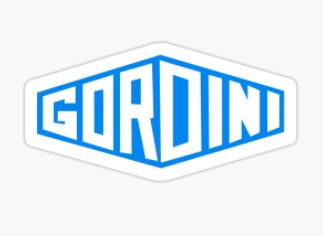 With Retromobile back on the calendar for 2022 (2-6 February), the much-missed exhibition is pulling out all the stops to make this a memorable edition.   Amongst other special features, “The fabulous GORDINI saga,” in partnership with the National Automobile Museum, Schlumpf Collection and the historian Christian Huet, will present a unique retrospective of the entire production of the engineer Amédée Gordini, from 1947 to 1971, at the 2022 show.   With his nickname of “the Sorcerer,” Amédée Gordini was often dogged by a lack of the cash that many of his rivals enjoyed.  He nonetheless produced an astounding record of success on the race track with his Gordini cars and in collaboration with other manufacturers. 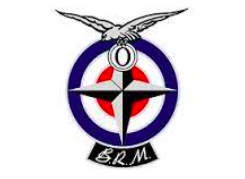 British Racing Motors has confirmed that one of its run of three BRM P15 V16 cars, which are being manufactured by Hall and Hall using original blueprints and drawings from the BRM archive, is to be purchased by Richard Mille.   Historic racing fan, sponsor, and collector, Richard Mille, has the world’s most extensive collection of BRM racing cars including a recently restored original MK1 BRM V16 and a superb original P30 V16 MK2.  The all-new P15 V16, which is being built to celebrate the company’s 70th anniversary, will be added to his collection, when complete.

“I have been a huge BRM fan for many years,” said Mille, “ever since I started collecting historic cars more than 15 years ago.  I knew I was becoming serious about BRM when I invested in the wonderful P115 H16 - but there is something I find particularly fascinating about the V16.  Not only is it, to my eye, the most beautiful Formula 1 car of its time, but it is also the most technically complex, particularly if you think about the technology of the day.  Anybody who knows my watches, will know that I admire technical complexity.”

NET-HERO is an innovative platform to help motorists around the world to offset their carbon footprint.  A simple to use web-based app available in five languages, it allows drivers to accurately calculate the greenhouse gas emissions for new and classic cars.  First, motorists enter their vehicle’s details to calculate its carbon footprint.  Secondly, they can contribute to high quality carbon projects by purchasing from a custom AAA+ BeZero-rated offset basket, developed with decarbonisation specialists BeZero Carbon.  Every basket removes the greenhouse gas emissions generated by vehicle engines.  Finally, motorists will receive an email certificate and a custom vignette to show their status as an environmentally friendly driver.   NET-HERO is a stand-alone company (supported by HERO-ERA) called BeZero, who are experts in the field.  As a company HERO-ERA is already carbon neutral, and eventually all the entrants’ vehicles on its rallies will be carbon neutral on the events, as HERO will simply add the relatively low charges to the entry fee.

The Historic Sports Car Club has joined with other similar organisations in offsetting the carbon produced during its 2021 racing season. At a time when the climate is at the forefront of the news, the HSCC has off-set carbon produced via a UK tree-planting project under the guidance of Carbon Footprint Ltd.  The offset has been calculated to cover the Club’s entire racing season as well as the travel undertaken by Club officials during the season.  The calculation was based on the number of cars and laps completed during the HSCC racing season at realistic fuel consumption figures and working to the UK DEFRA emission statistics.  The carbon off-set will now be completed each season and it is hoped to develop the programme to take account of marshals’ travel and competitor pre-event testing.

The carbon off-set builds on the Club’s initiatives to move to on-line documentation and reduce paper consumption, greater use of online meetings and other changes to procedures. 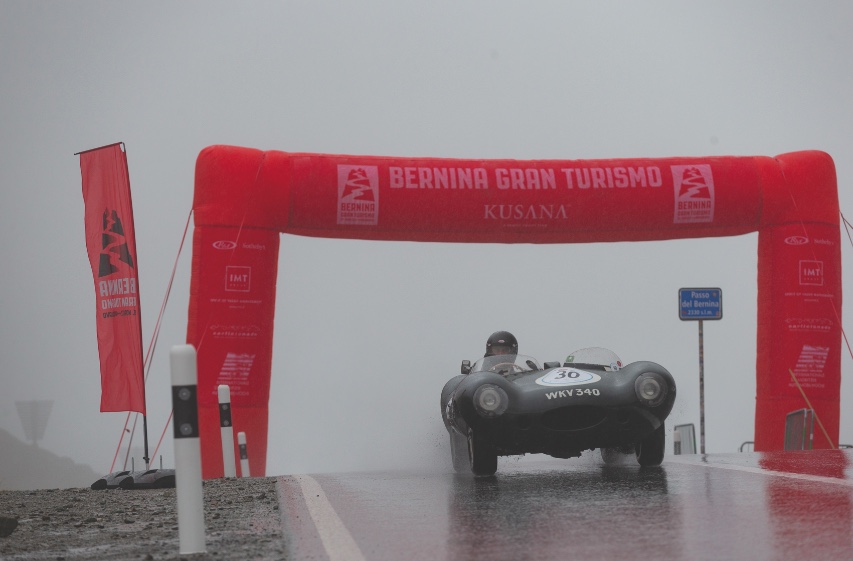 The Bernina Gran Turismo Hillclimb has been running now since 2015 and is increasingly attracting Swiss and foreign competitors, who come to enjoy their cars in the crisp mountain air.   New this year, organisers decided to relaunch the Internationalen St. Moritzer Automobilwoche, which first took place in 1929.

The week opened on 10 September with the Kilomètre Lancé at Engadin Airport in which vehicles such as the 1909 Blitzen Benz and the 1922 Wisconsin Special took part, as did three other record-breaking cars including two Abarth Pininfarinas and the Jabbeke Jaguar XK120.  Fastest car was an almost brand-new Bugatti Divo, which reached the highest speed and could hardly be heard doing so.  Motorbikes were also invited to test their 1/8 mile acceleration speed.

The Motorsport Rendezvous, a Concours d’Élégance that organisers say is not really a Concours d’Élégance at all because of its informal atmosphere, took place in the gardens of the Kempinski Grand Hotel des Bains.  A highlight was the presentation of the winning vehicles at the famous El Paradiso restaurant owned by event supporter Kurt Engelhorn, situated on the St Moritz piste at over 2,100m in altitude.

The week culminated on the following weekend of 18-19 September with the Bernina Hillclimb itself, but before that, on Friday Sotheby’s held a motor car auction at the Kempinski, its first ever in Switzerland, that netted in excess of CHF16.5 million.

The 5.7km hillclimb, which climbs some 450 metres from La Rösa to the top of the Bernina pass, over more than 50 curves, was great fun for all involved.  For the record, Daniele Perfetti was fastest overall in the speed category in his Porsche RSR, but in this event no one really cares.  In fact, many competitors run their racing cars in the regularity classes, just for the fun, and take big penalties for arriving too early!  As always in the mountains, the weather veered from warm sunshine to thick fog and rain, but again, no one cared. 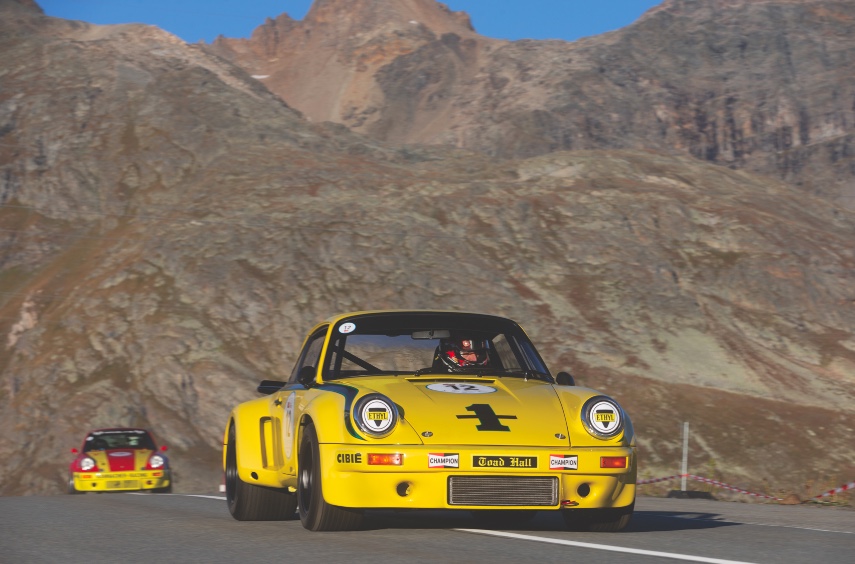 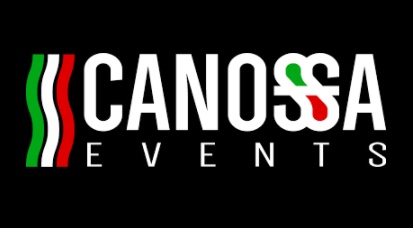 Having joined the giant Motorsport Network group of companies in 2020, Canossa Events and Alfa Revival Cup organisers GPS Classic have announced the creation of Canossa Racing, a joint venture focused on organizing circuit activities for drivers and classic car enthusiasts.   Canossa Racing will combine the expertise and broad network of Canossa Events with GPS Classic’s in-depth knowledge of classic car races.  Part of the arrangement has been the acquisition of the Alfa revival Cup by Canossa.

Tommaso Gelmini, Founder and CEO at GPS Classic said about the deal, “I’m thrilled to partner with Canossa Events, a global industry leader of events and experiences in the motorsport and automotive space, to create Canossa Racing.   For more than 15 years, GPS Classic has been organising events for historic race cars and this is an ideal opportunity to share our expertise with the Canossa team.  This new joint venture, as well as the acquisition of the Alfa Revival Cup, delivers a fantastic opportunity to further develop the race series across a wider and more international audience.”

Luigi Orlandini, Chairman and CEO at Canossa Events said, “I am delighted to announce this new Joint venture – Canossa Racing, another exciting step towards our continued growth strategy.” 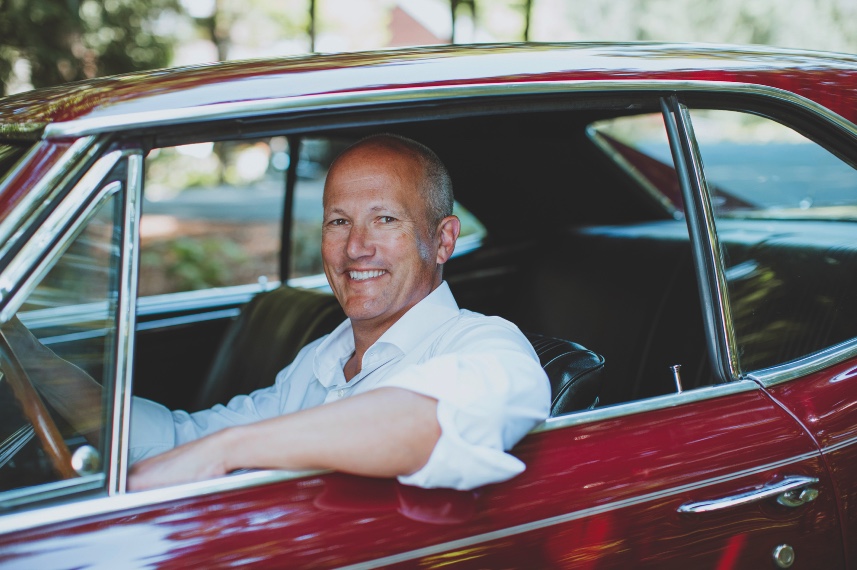 In our September issue we reported its acquisition of the Amelia Island Concours, and last month classic car insurance and event brand Hagerty, announced it is going public.  With more than 2 million vehicles insured globally, Hagerty has entered into a definitive business combination agreement with Aldel Financial Inc., a special purpose acquisition company.  Upon the closing of the transaction, Aldel will be renamed Hagerty Inc. and become publicly traded, with its common stock expected to be listed on the New York Stock Exchange under the ticker HGTY.   The company’s portfolio includes the Hagerty Drivers Club, more than 2,500 automotive events annually (including the recently acquired Amelia Island Concours d’Elegance), an expanding automotive media content platform, and Hagerty’s proprietary valuation tools.

McKeel Hagerty CEO of the company started by his parents, originally to insure classic wooden boats, has been a lifelong car enthusiast

September 8th saw the opening of the new Apprentice Training Centre at the famous Brooklands circuit and museum in Surrey, the latest development of the Bicester Heritage Skills Academy.  Attracting young and even not so young trainees into the historic car industry will help to replace many craft skills that will otherwise disappear.  Whilst apprentices were on hand to demonstrate various projects, Chairman Francis Galashan said, “it’s all about ensuring sustainability for the industry”. The Brooklands site naturally provides all the inspiration any budding engineer might wish for.

The FFSA has worked hard to obtain a favourable decision from the Ministry in charge of Public Accounts to classify French motorsport circuits in the category of premises and facilities with exceptional characteristics (EXC 1 category).  This decision will allow a significant reduction in the imposition of property tax for many circuits.  FFSA President  Nicolas Deschaux, said, “This has demonstrated that it was important for the FFSA to respond to the tax issues of important players in our ecosystem, especially in the context of the crisis that we have been experiencing since March 2020.  With this decision, we can say that we secure the sustainability of the circuits on the tax side.”

Seen at Spa by Mattijs Diepraam 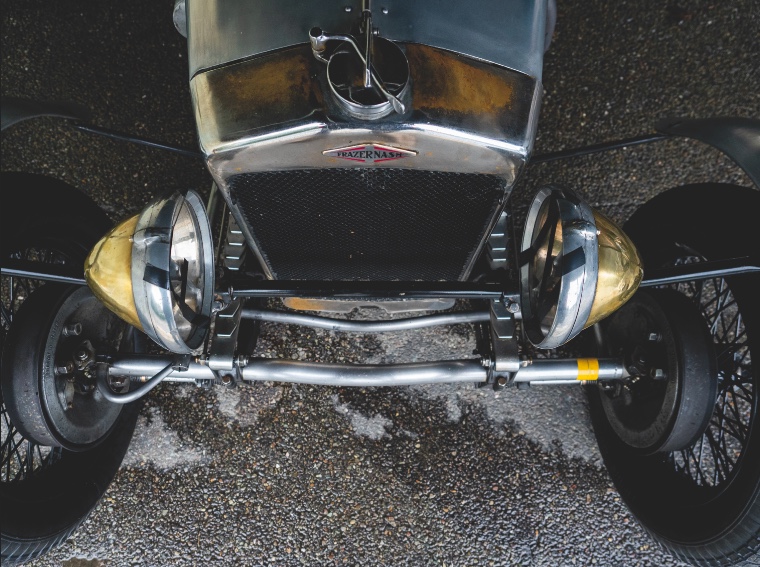 “When I stepped into the Blakeney awning to have a chat with mechanic Ben Pain - you know, the guy who looks like Obi Wan Kenobi - since I spotted that the Nash’s headlights were both turned inwards. “That’s a useful headlight set-up!”, I quipped, but Ben said, “No no, that’s all on purpose! We’re fighting that GN with the aero engine on the straights, and PBE said that we need every little bit of aerodynamic performance to stay ahead of it...” And then he won by three tenths. That’s attention to detail, even in pre-war!”

Europe’s most significant motor shows, which should have taken place in February 2022, has been cancelled yet again with organisers sighting pandemic travel restrictions and recent exhibitor cancellations due to the continuing shortage of semiconductors.

The news came shortly after the announcement of a new partnership with Qatar Tourism that will result in a biennial auto show in Doha that will take place in either autumn 2022 or 2023.  The latter date has become more likely given the cancellation of the main Swiss event, but no official announcement has yet been made regarding the Doha edition.