This year’s 28-29 March Goodwood Members’ Meeting will feature three 20-minute races for the Gerry Marshall Trophy for saloons that raced between 1970 and 1982, but unlike in past years, it will be for owner-drivers.  In contrast, the last race on Saturday, the new Pierpoint Cup, will be a two-driver event for V8 saloon cars of a type that raced up until 1966.  That means Plymouth Barracudas and Ford Falcons will face up against Mustangs and Galaxies, in a 45-minute race. 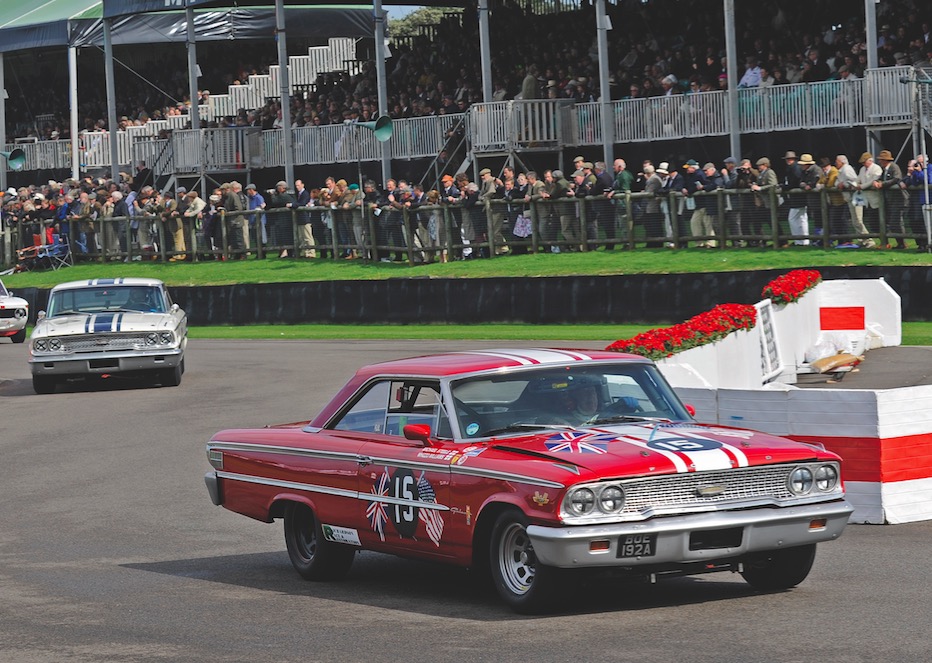 The Edwardian cars, the Earl Howe Trophy for pre-war cars, the rear-engined Formula Juniors, the pre-‘63 GT cars, a two driver, 45-minute race for pre-‘66 prototypes, a 20-minute race for ‘50s prototypes, a pre-’66 GT race, a race for the 500cc Formula 3 cars and the Hailwood motorbike race are also on the programme, along with demonstrations including F1 cars dating from 1970 to 1975 in which the innovative Lotus 72 will be a key feature.